US – Tribal gaming reaches record high with revenues of $33.7bn 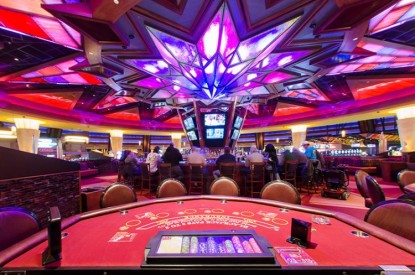 The National Indian Gaming Commission has confirmed that the 520 tribal casinos, operated by 247 tribes across 29 states, recorded their best ever year in 2018 with revenues totalling $33.7bn, an overall increase of 4.1 per cent over FY 2017.

The GGR for FY 2018 is the highest in Indian gaming history; and, unlike previous years, all of the NIGC’s administrative regions experienced positive growth in FY 2018. The Portland Region showed the highest growth, with an 8.2 per cent increase, followed by the Oklahoma City Region with a 7.3 per cent increase. Graphics that show the growth across each of the NIGC Regions are available for download on the NIGC website.

“The GGR calculation process is an example of the partnership between tribes and the NIGC to ensure effective regulation for a successful tribal gaming industry,” said Vice Chair of the National Indian Gaming Commission Kathryn Isom-Clause. “These numbers reaffirm the industry’s health as a stable economic driver for Indian Country,” she said.

“The annual GGR tells a positive story about Indian gaming’s economic success and the industry’s ongoing contribution to a strong economy. It also tells the story of how collaboration among tribes, industry and the regulatory communities can build a strong reputation for reliability and integrity in the GGR calculation,” said Commissioner Simermeyer.