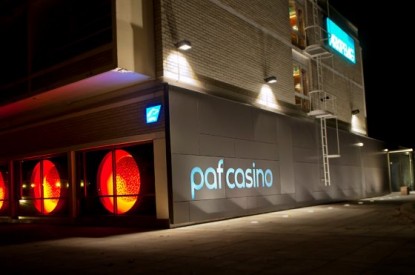 Åland-based Paf will introduce a revolutionary loss limit on September 1 in its casino which will bar players after they have spent €30,000.

The limit will be introduced for all customers on all markets. The operator, based on the small autonomous island of Åland off the Baltic coast of Finland, will cut the customer off once they reach this amount. It predicts that this will result in around a five per cent loss in its revenue.

The loss limit is only one of the company’s many responsible gambling measures, which include identifying risk behaviour and contacting customers to provide them data about their gaming habits in order to prevent problem gambling.

During 2017, Paf increased the number of customer contacts to prevent problem gambling by almost 500 percent since the previous year, from roughly 1,900 to roughly 9,400 contacts.

CEO Christer Fahlstedt said: “We will continue presenting personal gaming history graphs to our customers and encourage them to use the tools we provide online for voluntarily setting gaming limits that match each customer’s individual conditions. We don’t want to see people’s lives destroyed because of gambling addiction. There has to be a way back. We hope that Paf’s new hard cap will take us in the right direction.”

Paf is one of many gambling companies that aspire to gain a license in the Swedish market when the market is opened after re-regulation on January 1, 2019.

“We suggested a collective hard cap for the entire market in our official comment letter regarding the re-regulation of the Swedish market,” Mr. Fahlstedt added. “Although our suggestion for the whole market was not employed as such, we choose to take the next step now and hope that the authorities will follow and introduce an obligatory hard cap.”

Another reason for introducing an annual loss limit is that since Paf’s profit is distributed to public community projects, it is not acceptable that the money should come from persons who may, for example, have engaged in criminal activity in order to finance their gambling.

“This action means that Paf will lose about five per cent of its income. But we believe that this loss of profit can be accepted by the people of Åland whom our owner represents.At the same time, it is our mission to generate a reasonable profit annually, and introducing a hard cap set some more pressure on us to recruit new customers who play at a sustainable level.

“The customers that reach the €30,000 limit can naturally play at any of our competitors after reaching the limit, but we hope that being shut out from us will be a warning signal for those who have a gambling problem, perhaps even prompting them to seek help.”

Among those who have reached the limit are also those who don’t have a problem, but who can afford to play with high stakes.

“We will lose these customers, but for us the annual loss limit is still something we want to commit to. The good sides simply outweigh the bad,” Mr. Fahlstedt added. 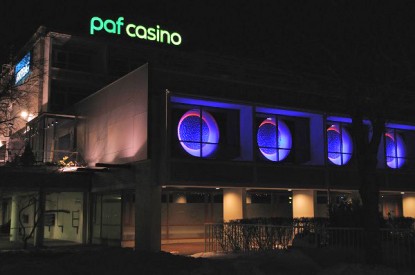