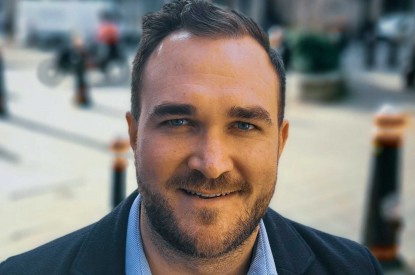 Super Bowl LV will represent the largest single-game legal sports betting event in American sports history. Ahead of a record-breaking weekend, Brandon Walker, Head of Amelco USA, explains why the stage is set for another whirlwind year in stateside sports betting.

We’re in for another whirlwind year for the US sports betting scene, as more and more states look to regulate online and get in on the action. The Super Bowl is no different, and the betting volumes we expect to see will be history in the making.

When it comes to the action, we’re down to the final two – and the surge we’re going to see this year will be unprecedented. Looking at College Football (CFB) it’s easy to see why.

The recent CFB final between Ohio State and Alabama was the most bet on CFB game ever seen with multiple sportsbooks, while the state of New Jersey again setting monthly records for amounts wagered, in what is almost becoming tradition for the Garden State as the US poster child for regulation done right.

With the stage nicely set, there’s every chance the upcoming Super Bowl breaks records for turnover on a single event, and who knows what else. For many, this is going to be the final leg – with truncated sporting seasons, the NFL season is likely to hold the key for many punter’s parleys.

In other major sports, the LA Lakers and Dodgers have both won their titles, while NHL backers of Tampa Bay Lightning may also need a Super Bowl win for pre-season favourites.

With the Kansas City Chiefs and Tampa Bay Buccaneers now set to be the final leg of what will be a very impressive parley, our market analytics have pinpointed a surge in interest from casual fans – many of whom are going to be hoping for a mammoth win across all sports.

Tied in with that is the ongoing development of the sports betting scene stateside, and as anyone with first-hand experience will tell, you it’s evolving at breakneck speed.

When it comes to acquisition and retention, we’re on an exponential trajectory, and as more and more US audiences across the likes of Michigan, Colorado, Iowa and Tennessee now able get in on the action, we’re about to provide millions more players with the chance to become engaged with the world of online and discover what’s available.

With the wealth of options, we have set to deliver to players, I expect February to keep smashing records.

Looking at the betting forecast, we’re moving far beyond the traditional format of W-D-W and handicaps, and markets such as anytime scorers as player props are able to offer a raft of exciting opportunities for newly onboarded sports bettors and DFS-savvy players transitioning across.

With such high-profile games on the cards, punters will be looking at other betting options to gain an edge, with expanded sportsbook offerings such as our able to offer more markets than ever before to cater to quickly evolving player demand.

After all, in the States more than anywhere else, it’s the star names that bring the attention. Patrick Mahomes, and Tom Brady are two former MVP quarterbacks, and fans and bettors alike will be flocking to them to see them battle it out for the Vince Lombardi Trophy. High-profile matchups on prime-time TV will engage players more in the lead up to the Super Bowl, as well as the event itself – which will further fuel betting numbers.

Alongside that, as anyone who’s been in a US sports betting bar or zone will know, it’s going to be all about stats at the Super Bowl – which means we’ll see a surge in stats-based / prop betting. We’ve already seen this happen with CFB this season, which in sheer numbers has been one of the biggest betting markets in the world in recent months.

Such an advancement cannot be underestimated, and it’s opened up a completely new world that we can’t compare to anywhere else, and the numbers we’re going to see will be huge.

Put simply, this unique American approach to sports betting is unlike anything else in the world. Take Patrick Mahomes and the Kansas City Chiefs – superstar players transcend their teams and punters will look to wager on their performance and numbers, rather than the team as a whole.

This is going to open a whole new catalogue of alternative betting options, and the entertainment potential for that on the seventh of February is really going to showcase the direction the US market is taking as it matures.

Looking ahead, as more and more markets in the US go online for sports betting, we’re going to see a veritable gold rush of companies rushing in to provide for the gap in supply when it comes to accurate predictive tools for sportsbook.

Those who get it right in a few weeks and offer their punters the exact type of betting environment they’re looking for are going to see history in the making – and likely one of the most lucrative betting events our industry has ever seen. The future’s certainly bright stateside – and in many ways, we’re only just getting started.