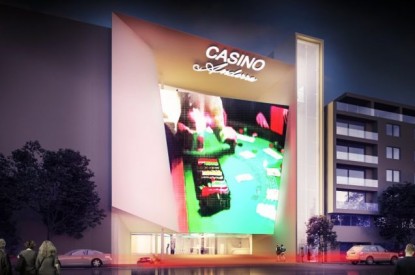 The Andorran Gaming Control Board (CRAJ) has made a last minute reversal and suspended the granting of the license to Andorran company Jocs SA.

According to the official statement , the regulator made that decision on Wednesday during a meeting, after finding “deficiencies” in the file presented by Jocs put forward in July, and that the public body has been evaluating the licence ever since. According to the board, the company did not comply with the regulations and the conditions stipulated in the tender as it could not prove the reservation of the trade name Casino de les Valls as well as the corresponding trademark registration, which “had to be valid for the entire license concession.”

Also, the board noted differences between the architectural project presented in the initial offer and the one that was finally validated by the Architects Association of Andorra in December. The first, according to the board, contained elements that had helped the company win the tender.

The arguments put forward by the board for the suspension of the licence matched the complaints filed by French gaming group Barrière, which together with the Andorran company Lleure 3D filed a lawsuit against the outcome of the contest in January. Both partners requested the “urgent suspension” of the award of the license. Barrière along with its partner pointed out a number of irregularities during the tender arguing that the winning project put forward by Jocs included “illegal” aspects and described their building proposal as unrealistic.

In a press conference afterwards Minister spokesman, Jordi Cinca, said that Jocs has one month to lodge an appeal against the decision, and indicated that there was no doubt that the company was the winner of the contest, but that it had not got past the second phase, which was the granting of the license itself.

Meanwhile Jocs said that the contents of the offer had been put forward with the upmost rigor, and that it had fulfilled all the requirements as set out by the board. The company will lodge an appeal against the decision, exercising all legal options available to it the company said in a statement.

The decision to award the licence to Jocs caused controversy right from the start. In July four of the groups that took part in the bidding process for the casino requested legal safeguards from the government so that the granting of the license to the winner be suspended as a precautionary measure. The four operators – Austria, Genting, Partouche and Cirsa – asked the Andorran executive for the suspension of the licensing process until the resolution of the five appeals was made public (the fifth was from the Barrière group) they said in a statement.

Of the five complaints, four requested the “complete nullity” of the awarding of the licence. If the Andorran Executive does not suspend the granting of the license, the companies warned that the government would have to face “difficult or impossible compensation consequences.”

In January the legal scrutiny over the tender intensified even further after Barrière along with its local partner denounced irregularities and filed a lawsuit against the outcome of the contest.

Jocs won the tender to build and operate the new casino in Andorra in June 2018. With 100 per cent capital coming from Andorra, the company plans to build the casino on Prat de la Creu street in the capital of the Principality of Andorra, Andorra la Vella.