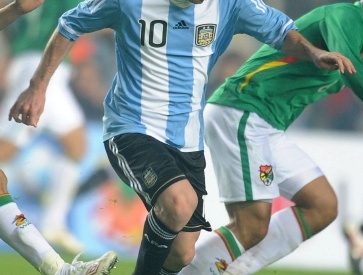 A proponent of a bill that prohibits online gambling and Deputy of the province of Buenos Aires, Ricardo Vago has come out strongly in his opposition to new plans which would allow for online sports betting on local football matches.

Reacting to an announcement placed in all major local newspapers last Sunday by the Argentine Football Association (AFA), Mr Vago said that the AFA should not be used to promote gambling. “Its role,” he said “is to promote football and ensure its growth. My responsibility as a deputy, is to make people aware of the negative implications of online betting on sports.”

The AFA advert claimed that “it was a legitimate aspiration” for the body to lobby for sports betting and had been waiting for the government to respond to its request for six years. The lawmaker however blamed online sports betting on gambling addiction, money laundering, corruption as well as other social ills and warned that online gaming allowed gambling to enter both the household and work place and would play on Argentines passion for football which would have “devastating consequences.” The legislator summarised by saying that: “Football is part of the identity of our country and we must defend it. We need to get to know and discuss the irreversible effects that have occurred in the online gambling world.”

Under current rules, only a very small number of local interactive betting sites are permitted to offer their services and, then, only in the province where they operate. Furthermore, the only official sanctioned sports betting in Argentina is via a sports betting game called Prode, which records revenues of less than US$100,000 per year.

However Prode could see a major re launch in the near future and could be offered online in order to generate the income needed for a new tournament made up of 30 teams approved by the Argentine Football Association (AFA). Scheduled to take place from 2015 the new tournament could include teams from provinces throughout the country which do not usually receive significant media coverage and income generated by online betting will be used to help teams on the brink of bankruptcy.