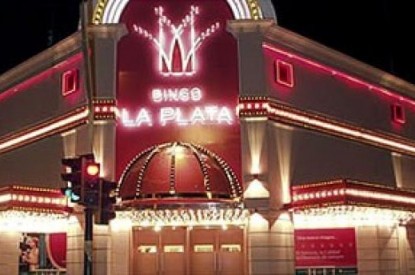 All bingo halls must now pay the full amount of income tax according to a recent decision handed down by the Federal Administrative Litigation Chamber.

Judges Rodolfo Facio and Carlos Grecco concluded that bingo hall owners had failed to demonstrate that the additional burden that Congress had approved for the gaming industry in general was “confiscatory”, nor did bingo hall owners face a concrete risk of going bankrupt over time. The decision will also impact the legal measures to try and suspend the income tax increase from 35 to 41.5 per cent for those bingo halls operated by Boca Juniors football club President, and close friend of President Mauricio Macri Daniel Angelici who had started his own parallel claim.

The judges ruled that all bingo halls should continue with their claims in courts, where a judge may order accounting surveys necessary to assess the impact of the tax modification and, when the time comes fix the court’s position in a judgment.

When requesting the suspension of the new tax, bingo hall owners belonging to UADEE argued that the new tax was “confiscatory” and that the increase of 35 to 41.5 per cent in income tax enshrined by law 27,346 and decree 179/17 signed by President Mauricio Macri, could lead to bankruptcies.

The new tax burden on the industry has led to an increasingly acrimonious battle in courts. In January 2018, The Argentine tax office La Administración de Ingresos Públicos (AFIP) appealed a court measure to suspend the income tax increase from 35 to 41.5 per cent for the bingo halls operated by Daniel Angelici.

According to AFIP, the decision to suspend the tax was based on calculations on accounts “without validity.” AFIP demanded that the court revoke the tax exception. However, the judge presiding over the case Judge Enrique Lavié decided that while the appeal was being processed, that the interim measure would continue in effect and Angelici would not need to pay the corresponding taxes. This could take up to a year.

The ruling to suspend the tax was so controversial that in December 2017, Deputy Elisa Carrió along with other lawmakers from the Civic Coalition-ARI party presented a request for the impeachment and dismissal of Judge Enrique Lavié. For legislators, the judge’s decision was “arbitrary and biased” and “inappropriate for a judge of the Nation” in that it benefited “game entrepreneurs.”