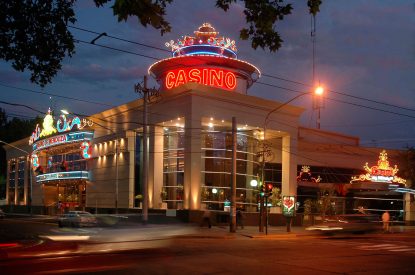 Century Casinos has acquired a 7.5 per cent stake in Mendoza Central Entretenimientos S.A. for US$1m and has secured a three-year option to increase its stake in MCE to 50 per cent at a price equal to five times MCE’s EBITDA, minus MCE’s debt.

Century’s partners in MCE are affiliates of Uno Medios, one of Argentina’s largest multimedia holding companies dedicated to Television, Radio, Graphic Design, Cable TV, Internet, Advertising and Digital Media. Uno Medios was founded in 1983, with the acquisition of Radio Nihuil Mendoza by the Vila family.
MCE’s goal is to grow in the land-based and on-line gaming industry in Argentina as well as throughout Latin America and for this reason has chosen Century Casinos as its strategic partner. Century and MCE have entered into a Consulting Services Agreement, under which Century will assist MCE in various matters, including but not limited to project assessment, compliance and operating procedures, staff training and to provide general casino management know-how. In return, Century will receive a fixed monthly consulting fee, plus a percentage of MCE’s EBITDA.

Argentina has an approximate population of 41m, ca. 27.5m internet users, a rapidly increasing broadband penetration and is one of the largest Spanish-speaking gaming markets in the world. Similar to the USA, there is no standardised set of gaming legislation at the national/federal level, but the Provinces have the authority to regulate and control gaming activities.