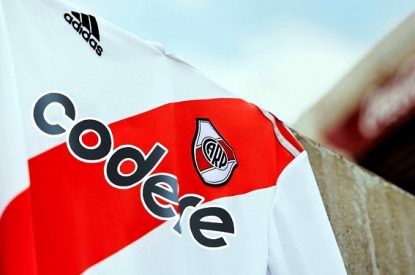 Codere, a leading Spanish multinational company in the private gaming sector across Europe and Latin America, has signed a sponsorship agreement with the Club Atlético River Plate of Argentina for the next four seasons, until August 2025, becoming the Official Betting Partner of the club.

Carlos Sabanza, Codere’s Sponsorship Manager, said: “This agreement allows us to reach the Argentine and Latin American public in the best and most direct way possible, providing our current and future customers the best brand experience. This alliance, with one of the most important football teams in the country, allows us to enhance our positioning as a leading online sports betting and omnichannel entertainment provider in this key market.”

On June 22, Grupo Codere reached a merger agreement of its online gaming subsidiary,formed by the parent company Codere Online Luxembourg, Servicios de Juego Online, and its consolidated subsidiaries, with the SPAC DD3 Acquisition Corp. II, that would result in Codere Online becoming the first publicly-listed online gaming operator traded on the US Nasdaq Stock Exchange.

The new company, managed and majority owned by Grupo Codere, will drive the expansion of the digital business in Argentina and other Latin American growing markets. This objective, strengthened by the sponsorship, will enable Codere to continue promoting its activity in Argentina through the consolidation of its brand by different marketing and promotional actions planned together with the club.

Alberto Telias, Chief Marketing Officer of Codere Online, said: “This agreement represents a very important turning point for the development of our activity in the country, after a difficult period of protracted closings due to the pandemic. The company is thrilled about this project together with River, with whom we share the fair play and team work values on and off the field, and that will enable Codere to expand its footprint in Argentina and Latin America.”

Jorge Brito, first Vice-Chairman of River Plate Club, added: “It is a pleasure to have Codere as a sponsor, a company with a wide experience, global reach and with great growth in the region, which will help us both to continue consolidating our growth, share the same commitment, effort and fair play values.”

Codere began its activity in Argentina in the early 1990s and is currently the largest gaming hall operator in the Province of Buenos Aires, with 13 gaming halls, in which it operates more than 6,800 casino-slots, in addition to traditional bingo and associated catering services. The group expects to start its online operations in the country as soon as the City of Buenos Aires and/or any of its other provinces authorise it.

The company is committed to Latin America by developing its entertainment offering in Argentina, Uruguay, Mexico, Colombia and Panama, as reflected by its sponsorships of the main football teams (in Argentina, the Atlético River Plate Club and in Mexico, the Monterrey Rayados Football Club), in addition to the already existing one with Real Madrid C.F. since 2016. The company also promotes the main sports events with specific campaigns, such as those recently developed for the UEFA EURO 2020 and the CONMEBOL America Cup.

Last June, Vicente Di Loreto, CEO of Codere, participated in a meeting between the authorities of Argentina and Spain, together with a group of businessmen from both countries, which highlighted the will to promote investments and continue collaborating in joint business development.

He said: “The company will continue to focus its efforts and investment in the development of its entertainment offer in this strategic market for Codere, which has great potential with the recent regulation of the online activity and where we have a relevant position.”