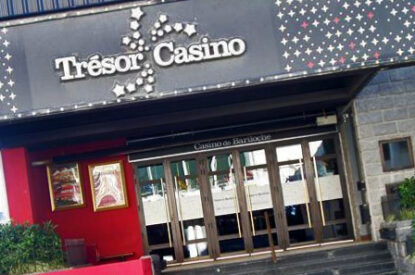 The governor of Rio Negro, Alberto Weretilneck has signed an agreement with Entretenimientos Patagonia S.A to extend the licence of gaming halls in the cities of Bariloche, El Bolson and Ingeniero Jacobacci for another fifteen years.

In addition to an increase in the monthly fee the operator has also agreed to build a new bus terminal in the city of Bariloche as well as fund the building of other public works.

The Governor announced that the new agreement would help increase tourism in the area and that gaming complimented the tourism industry. Without casinos the province would lose out to other tourist destinations around the world and be less competitive he said. He also emphasised the economic benefits generated by the company’s presence in the province. “We are guaranteeing 370 sources of employment with all that means in today’s Argentina. In addition with the work of the terminal and the remodelling of the casino we are ensuring increased revenues in the construction sector,” he said.

The Governor also said that there was no need for the renewal of the contract to be passed by the local legislative branch. “The current regulations allow us to renegotiate the extension of the various contracts that the Province has either with entities, institutions or companies.”

In addition to the building of the bus terminal which should be completed in 18 months the minimum months fee payable to the province will increase by 27 per cent which will amount to around $4,600,000 (US$ 289,471.24 ) per month. This will be updated every six months. The company has agreed to a total increase of $1,800,000,000 (US113,064,463.65) in licence fees during the term of the contract.
As well as being in charge of the construction of the bus terminal the company will also be responsible for the expansion and remodelling of the central branch of the Casino de Bariloche. Meanwhile the company will also be responsible for other smaller projects in the cities of El Bolsón and Ingeniero Jacobacci. In total, the agreement involves investment in building work amounting to around $114,000,000 (US$7,173,940.31m).