Argentina-Golden Jack turns up the Voltage 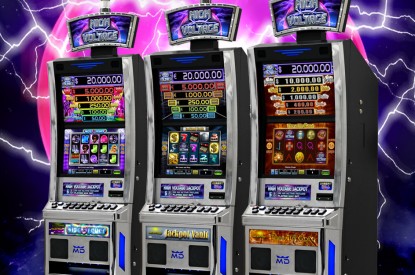 High Voltage is powered by the Xtend Platform and boasts sic jackpot levels; the first five of which are standalone, reached through an interactive bonus with the top level only won by playing Max Bet.

The titles offered to Golden Jack’s players in the Buenos Aires bingo hall are the best performing and eye-catching games of the Series: Disco Fever and Turn To Gold.

Disco Fever takes place onto the dance floor with 70’s disco music and a quick and dynamic game are the key factors of its success.

Turn To Gold sees an Alchemist trying to create the perfect formula to turn the Jackpot from the Philosopher’s Stone to pure gold.

Both titles are installed in Magic Dreams’ Upright EGO.