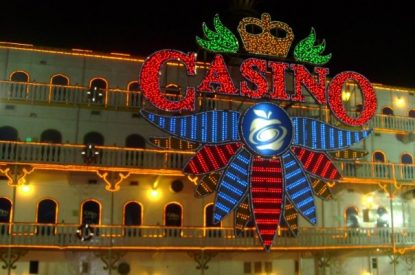 Casinos in Buenos Aires are facing being hit with a Gross Gaming Tax as the government looks to raise a shortfall of 1.1bn pesos.

The Head of Government of the Autonomous City of Buenos Aires, Mauricio Macri has summoned the heads of the City Legislature to find a way to allow the capital powers to collect the gross gaming tax revenue.

Mauricio Macri has made a number of attempts in the past to collect gaming tax revenue from gaming and the issue continues to be a focus of significant controversy. Although casinos are banned by law there are still three large scale casinos in the capital. These are the two “floating casinos” docked permanently to the harbour while the third is under the racetrack located in the neighbourhood of Palermo downtown. All three have long been the focus of a bitter dispute between the city government and the federal government as to who should reap the tax benefits of gaming.

This is because while the city of Buenos Aires has been autonomous since 1994 it is the National Lottery Commission which has control over gaming. While a 2007 Supreme Court decision ruled finally that the casinos came under federal, not city jurisdiction both parties continued to battle it out over who should have final say when it comes to casino gaming in the city. However, under an agreement reached between the National Lottery Commission the city casinos for now pay less than 300m pesos a year in monthly fees but have so far never paid any taxes to the city.

Macri is hoping to raise additional revenue and it is estimated that the casinos should pay no less than 2bn pesos a year in tax to the city. So far this source of income has not been available even though in 2011 The Supreme Court decided that the City of Buenos Aires had the power to collect taxes on gaming in the city. However lawyers acting on behalf of the casino operators were able to appeal to the Court of Administrative Matters in order to slow down the process and return the issue to the local courts once again for debate. Nevertheless change looks increasingly likely now that city legislators have agreed to draft a new gaming law which could not be subject to appeal and could not be overruled in local courts.