Argentina – No additional tax for bingo halls in budget 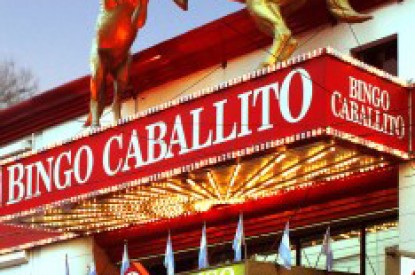 The government of Buenos Aires has decided not to increase taxation on gross gaming revenues on bingos and casinos in the province.

Casinos and bingos looked like as if they were heading for an increased tax burden after the Minister of the Economy for the Province of Buenos Aires Hernán Lacunza and the Head of the Cabinet Federico Salvai announced that the industry would be forced to face a sharp increase on taxes as part of next year’s budget. The government plans to raise taxes in order to meet the increased expenditures necessary in 2017 when there will be a sharp increase in government spending. However the governor of Buenos Aires María Eugenia Vidal and her economic team have decided not to increase taxes on gross gaming revenue from 12 per cent to 19 per cent – a figure which would have in all likelihood led to a long legal battle in the local courts.

The measure seemed likely as it would have been in line with the gaming policy of city mayor (who is in the same political party as Vidal) Horacio Rodriguez Larreta who managed to apply a tax on gaming in the city earlier this year. In June after a long political struggle Larreta was able to wrest control of gaming in the city from The Argentine National Lottery (Lotería Nacional) and was able for the first time to apply a gross income tax on gaming on the floating casinos docked permanently to the city harbour as well as the racino at the racetrack in downtown Buenos Aires. In June alone, the casino for the state yielded $24m pesos while the racino generated an additional $22m pesos. However it would appear that bingo halls and casinos will not be singled out as previously reported in local media as the main points of the budget, which were made public before being sent by the executive to the legislative branch, made no indication of any changes.

Bingo halls have been a major contributor to state coffers. They are often large scale housing in some cases hundreds of Class III slot machines on the premises and there are a total of 15,000 slot machines in the province of Buenos Aires alone. In 2012 then governor of the province of Buenos Aires Daniel Scioli extended the licences of 14 of the 46 bingo halls in his province in order to meet the shortfall in cash bonuses for state workers. Set to expire in 2013 and 2014 the licences were renewed until 2027 in a deal which saw bingo operators pay a special licence fee.

At present in addition to the 12 per cent tax on gross revenues operators must also pay a fee of 34 per cent. Out of every 100 pesos which is gambled on slot machines (which make up the vast majority of income generated in bingo halls) 85 percent is returned to the player in prizes. Of the 15 per cent win 66 per cent is retained by the operator while 34 per cent is allocated to the state.