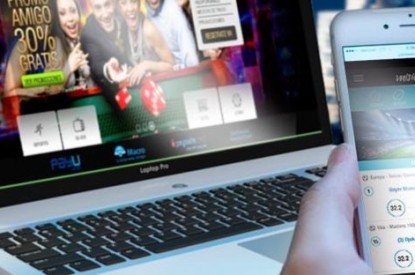 The Provincial Institute of Lotteries and Casinos of Misiones (IPLyC), has reported that it has suspended the operation of local online gambling platform MisionBet.

However, according to local press reports, the suspension, which went into effect on Wednesday, is part of a larger plan for the government to run online gambling in the province. According to local daily Primera Edición, the contract between the IPLyC and the company that operates the online site is scheduled to end this week. The government now intends to take direct charge of the management of the site, without relying on third parties.
MisionBet was launched by the IPLyC in December 2015 and allows locals to play online with both credits and prizes managed through local lottery outlets. The site offers sports betting, online casino games and poker. The platform has been managed up until now in conjunction with company Sistemas Integrados S.A. According to the terms of its licence, only those living in the province of Misiones are permitted to take part via the www.misionbet.com.ar website.

The site was the centre of some controversy in 2017 when the Buenos Aires prosecutor’s office ordered that the site be closed arguing that it operated in contravention of local gaming laws. Online gaming has been permitted since 2006 on a province-to-province basis in Argentina and each province has the right to offer online gaming but only within its own territory. Authorities had requested the closure after a bet had reportedly been made via the site within the city limits of Buenos Aires and a total of $460m pesos was embargoed in the bank accounts belonging to those responsible for the site.

However in December 2017 a court in Buenos Aires unblocked the website as experts were able to prove that the site blocked bets made outside of the province of Misiones and was able to locate from where in the country or in the world the bet was being made and block it when appropriate. Specifically the judge also found that there were sufficient player identification measures in place to identify that the player were not making bets from within the city limits of Buenos Aires.