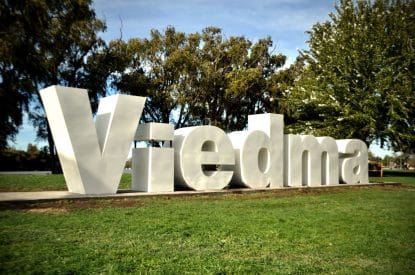 The public hearing to analyse the project to move the municipal casino complex from the city centre in Viedma to a riverside sports complex will be held on February 9.

The Municipal Executive has called for the hearing for 10 am at the Centro Cultural II. Those interested in participating and debating the new location of the casino have until Tuesday 6 at the municipal offices to register.

The public hearing – which is non-binding – was decided on last year in the Council in response to complaints from different organisations, which had been seeking a referendum on the issue. As well as number of council members amongst the opposing groups is the Chamber of Commerce, Tourism, Industry and Production of Viedma and the Neighbourhood Board of Don Bosco.

In December 2017, the government of the province of Río Negro presented the final agreement with local operator Crown to extend its licence agreement with seven gambling halls in the province. In return, the company will build a hotel casino complex called the Paseo Sol del Río in capital Viedma. Crown will sign a contract with local football club Sol de Mayo for the transfer of two hectares of waterfront land. The licence will run until 2042.

Crown will invest around $450m in the new complex which will include a casino, a 54 room hotel, a food court, a convention centre for more than 500 people, a shopping centre and a casino, which according to the architects of the new hotel, will only take up 6 per cent of the new complex. In return, Crown requested and was granted a 10-year extension of its licences for its operations in Las Grutas, El Cóndor, Viedma, Cipolletti, Roca, Choele Choel and Catriel. Construction work should be complete within three years.

Members of the football club approved the offer in May 2016. In return, the club will receive a $114m facelift including work on the football grounds, the swimming pool as well as other infrastructure works (which will be part of the total $450m budget for the new complex). The current casino in the provincial capital has until now operated in a rented property in the city centre.

The mayor of Viedma José Luis Foulkes has been a keen supporter of the new project and told local press “It is much more than a casino.”In addition, the governor of the province Alberto Weretilnerck has also stated that, “What a new project of these characteristics means for the capital of the province, is a hotel the capital deserves, a convention centre the capital deserves and, on the other hand, recreation that is also important.” In addition, he highlighted the jobs that the new project would create, as the construction phase would employ 400 people and the new complex would consolidate the number of jobs in catering and commerce.