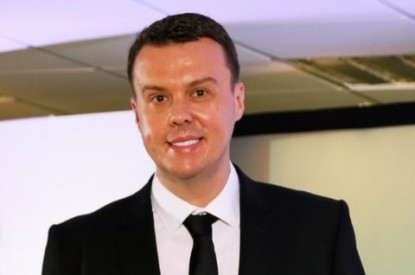 The Philippines licensed LeTou is an Asia entertainment services company providing cash-based online gaming. G3 talks to LeTou CEO, Paul Fox about the company, its involvement in Europe and what the future holds

LeTou are an international gaming company based in the Philippines. Could you briefly tell us more about the company?

LeTou was established in 2006 and became the first Asian entertainment services company to provide cash-based online gaming. G3: The company has recently engaged in partnerships with football clubs in Europe, sponsoring Swansea City in their 2017-18 Premier League season and they are now the Official Asian Gaming Partner of Internazionale Milan.

Could you tell us more about these sponsorship deals?

Our sponsorship of Swansea City was designed to make a big statement and there are few competitions that can compete with the reach of the English Premier League. Several Asian gaming partners have delved into sports sponsorship in recent years and the deal with Swansea showed that we are a key player in the industry and helped to increase our credibility among new and existing customers.

After the success of our deal with Swansea, we then became the Official Asian Gaming Partner of Internazionale Milan at the start of the 2018/19 season. Inter are one of the biggest football clubs in the world and they already have a huge existing audience in Asia, so this was a perfect partnership for us. The fact that Inter’s owners are from Asia was also a big selling point for us and we look forward to working with the club again in the 2019-20 season.

The company is Asian focused so is the reason the company sponsors these clubs solely an effort to advertise to the Asian market or is it an effort on the company’s behalf to increase your presence in the UK and Italian markets or maybe a mix of both?

The majority of our customers are based in Asia and that remains the key focus of our sponsorship activity. We do not have a license to operate in Italy, and our sponsorship of Inter Milan is purely aimed at the club’s Asian audience.

Global gambling brands especially those based in Asia already dominate sponsorship deals in the English Premier League due to the huge popularity of football around the world. Could you give us an idea of just how popular football is in the region? The NBA is massively popular too as are other American sports. So will we see a similar pattern begin to emerge of online gambling sports sponsorship in the recently opened up US market? Is LeTou looking at sponsoring any teams in the US market?

We are not currently looking to expand our sponsorship portfolio to the US, but it will be interesting to see how many sponsors from the sector get involved with the American sports.

Like elite European football, the NBA already has a massive audience in the NBA and several clubs create a special Chinese New Year jersey each year. With such an engaged audience and the global popularity of basketball, it would not be a surprise to see an infiltration of gambling sponsors in the coming years.

Could you give us some insight into the Asian betting market? What are some of the differences in player preferences compared to European markets? What sports are the most popular when it comes to gambling? Are there any noticeable different player demographics?

In terms of team sports, football and basketball are the two that receive the highest volume of bets. Although the focus of players in Asia may be slightly more focused towards the casino rather than the sportsbook. There is quite an even mix in terms of revenue received from VIP and non-VIP bettors. This is fairly consistent across the globe with operators in Europe relying as heavily on VIPs as Asian companies.

The Italian Senate voted by a narrow majority on August 6 to ban gambling advertising with heavy penalties for non-compliance. After some heated debate, the votes came in at 155 votes for and 125 votes against the decree meaning the new law would come into effect at the start of this year. How does that affect LeTou and its sponsorship deal in Italy?

Our sponsorship deal with Inter Milan will not be affected by this new legislation because we do not operate a betting license in Italy. As mentioned, all of our focus for our activity is in Asia and we do not have any customers in the country.

Changes to gaming advertising look increasingly likely in Spain. Do you think this will continue to be a growing trend in Europe and if so how will companies such as LeTou adapt?

New legislations are often a talking point in the industry and there seems to be a shift towards regulating gambling in many countries. The changes are often specific to each country and can take time to implement, so it is not currently a concern for us.

In the Netherlands, for example, they are about to regulate the industry, whereas in the UK there could be a drastic change were The Labour Party elected into government.

What about any more sponsorship deals in the pipeline?

We are looking forward to continuing our relationship with Inter Milan in 2019-2020. We’re always interested in exploring what other opportunities are out there, but we do not have any other designs on further sponsorships at this stage.