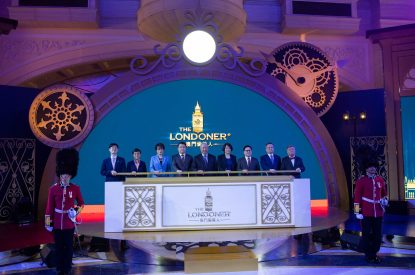 Las Vegas Sands has confirmed that it has its eyes fixed firmly on expansion in Asia following the sale of its assets in its domestic market.

Speaking during J.P. Morgan’s Gaming, Lodging, Restaurant & Leisure Management Access Forum, and reported by Inside Asian Gaming, Chairman and CEO Rob Goldstein said: “Las Vegas was a small part of our business, 90 per cent of our EBITDA resides in Asia. What we saw was a chance to take a very good return. It was a very healthy transaction for us and we believe it frees us up from the Las Vegas market, which albeit a very good market it is one that we felt was tough to grow a lot more EBITDA. We believe there may be more opportunities in other markets in Asia. I know that we pulled out of Japan but there might be something else happening in Asia that is opportunistic.”

Whilst not naming the opportunity a return to Japan could be on the cards, Thailand has been the focus of speculation recently that it could be opening up and Saipan could be looking for a new casino operator in the Northern Marianas sooner rather than later. There are also new opportunities in the US, including potential casinos in New York and Texas as well as an open tenderfor a casino in Chacago.

Growth in Sands’ existing Asian markets of Macau and Singapore will also see some heavy spend. Sands is spending US$3.3bn on Marina Bay Sands in Singapore where it is building a fourth hotel tower.

Mr. Goldstein said: “We still believe there is significant room for growth in Singapore, which will generate significant returns. We’re happy to be investing US$3 billion to US$4bn and we anticipate handsome returns of 20 per cent and much more too.”

Despite having recently spent US$2.2bn turning Sands Cotai Central into The Londoner Macao, Sands will undoubtedly be spending more money in Macau.

Mr. Goldstein explained: “We believe Macau is a big growth market for us, far beyond what we were doing previously, so we would love to deploy more capital in that market. I believe Singapore will come roaring back and Macau will as well. I believe the Macau government as part of this license renewal process will come to us and ask us to spend more dollars, large capital dollars, to grow our business and we would be delighted to spend as much as they want.”