Australia – 12,500 Australian slots to be monitored by SGVideo System 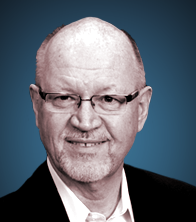 Scientific Games has signed a ten-year contract with the Independent Gaming Corporation Limited of South Australia to supply the company’s latest central monitoring and control system, the SGVideo system.

Unique in that it supports both G2S and QCOM communication protocols, the new system will monitor approximately 12,500 gaming machines in more than 550 locations throughout South Australia. This technically sophisticated, next-generation system, which replaces the AEGIS video system previously provided by the Company, will provide real-time security monitoring and financial monitoring across the entire gaming machine network, and will verify that only properly certified software is running on connected gaming machines.

Harry Bourlotos, General Manager of the Independent Gaming Corporation said: “After a comprehensive and competitive procurement process, our selection of Scientific Games and their SGVideo system allows us to provide participating hotels, clubs and the South Australian government with a modern monitoring and accounting platform that meets or exceeds our requirements. Additionally we are confident that its secure, scalable and adaptable architecture will meet our growing needs and expanding requirements for many years to come.”

“The Independent Gaming Corporation takes its role of ensuring the integrity of South Australia’s gaming machine business very seriously,” added Bill Huntley, Executive Vice President and Group Chief Executive of Gaming, of Scientific Games. “Being chosen to deploy our next-generation SGVideo system is a tribute to the very high standards by which the IGC operates and the powerful, yet cost-efficient and flexible attributes of the SGVideo system.”