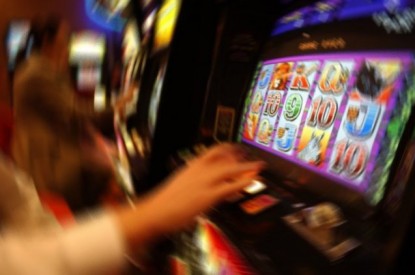 Politicians in The Australian Capital Territory, which includes Canberra, are offering restaurants and clubs the opportunity to surrender poker machines in exchange for $15,000 per ‘authorisation’ as long as the proceeds go towards retaining and supporting staff during the COVID-19 pandemic.

The proposal is currently capped at 250 machines.

The ACT Government, led by Andrew Barr, said: “The government will provide further support to community clubs and Casino Canberra, to enable them to keep staff employed as they adjust to the physical distancing measures. Measures include providing gaming machine licensees with the opportunity to access a payment of $15,000 per authorisation if they voluntarily surrender gaming machine authorisations.”

Casino Canberra won’t have to pay its annual licence fee and gaming tax liabilities for March 2020.

But it is the opportunity for clubs and pubs to receive $15,000 per pokie authorisation to relinquish the machine. ACT has long been committed to reducing the number of pokies in the Territory to 4,000. Estimates pitch daily spend on pokie machines throughout Australia at $34.2m. Australians spent more than $12.5bn on poker machines in clubs and pubs alone in 2017 to 18.

Rebecca Vassarotti, an ACT Greens candidate for Kurrajong in the upcoming Territory election and a former member of the Board of the ACT Gambling and Racing Commission, said: “The recently announced ACT Government package of support to the clubs sector included an offer to ACT-based clubs to receive financial compensation if they surrender additional poker machine licences. While this proposal is currently capped at 250 machines, if expanded, this is a realistic pathway for ACT Clubs to rebuild their businesses in a way that divests from a revenue base built on the back of harm caused to individuals, families and communities. This should be explored as a mechanism for local venues to totally divest from operating poker machines.”

“During this time of pause, there is a need for the government to work with the local clubs sector to protect local workers and enable clubs to fulfil their valued roles, including as safe community spaces where people can gather and connect, rather than measures that merely prop up the gambling industry,” she added. “Part of this must include clear commitments to reduce the reliance on poker machine revenue.”

The Alliance for Gambling Reform has launched a petition calling on state governments to introduce similar offers as part of coronavirus stimulus packages.

Reverend Dr Tim Costello, the chief advocate for the Alliance for Gambling Reform, added: “I am completely behind a move by the ACT government to extend its policy to support community clubs in surrendering poker machines in exchange for $15,000 per machine that must go towards retaining and supporting staff. What a visionary policy. The ACT government has seized the unique opportunity presented by this crisis to truly consider what its economy and community could look like as things return to “normal”, or what will undoubtedly be a “new normal”. Its move recognises that the purpose of any bailout or stimulus right now is to keep Australians in work, but in the long run its buyback scheme provides an important opportunity to build long-term resilience in its community by reducing gambling harm.”

“Imagine if all the other states and territories made similar moves. In data released this week in NSW it was revealed that on average every single poker machine in a pub raked in $117,000 for its private owners. That’s an astounding amount of money being drained out of local communities and lining the pockets of a wealthy few,” he added. “The ACT government has seized the unique opportunity presented by this crisis to truly consider what its economy and community could look like as things return to ‘normal’, or what will undoubtedly be a ‘new normal’.”