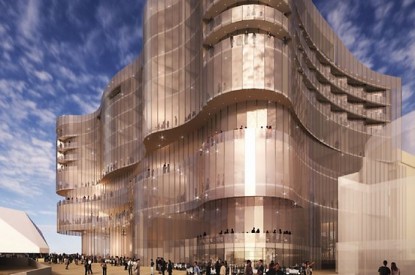 Adelaide’s SkyCity casino has been given the green light to double its quota of table games and launch an extra 505 slots in a huge expansion that will include the development of a six-star boutique hotel.

The deal will see the casino pay more taxes and become the most advanced casino in the country in terms of safeguards to counter problem gambling.

The State Government is extending the exclusively deal to keep the casino the only one in the region until 2035 with Treasurer Jack Snelling saying he wants it to become a main attraction on the new Riverbank development.

He described the deal as ‘a win for South Australian taxpayers’ saying it would increase ‘measures to combat problem gambling.’

SkyCity’s blueprint for the casino will include a hotel, VIP suites, restaurants, bars, a spa and rooftop pool. The aim is to provide entertainment for the 50,000 people expected to attend the new Adelaide Oval each weekend.

As a result of the deal, the casino will pay more tax with taxation on slots increasing from 34.4 to 41 per cent and the tax on tables increasing from 0.9 to 3.4 per cent. The increase is expected to raise an extra A$60m for the state Budget over the next four years. This will include a $20m up-front fee. The casino will also install a card-based, cashless gaming system for its tables and pokie machines.

SkyCity stated: “After two and a half years of negotiations we are delighted to reach agreement with the South Australian Government which levels the playing field with our regional competitors and allows us to offer a competitive and contemporary gaming and entertainment offering. While development concepts are still being finalised, we will be building Adelaide’s first six-star boutique hotel, celebrity and signature restaurants, new car park facilities and world-class VIP gaming experiences.”

Mr. Snelling also revealed that the agreement would bring in ‘the strongest responsible gambling measures applied to any casino in Australia.’

These will include ‘pre-commitment’ slot technology and ‘risk monitoring systems’ to identify problem gambling. Maximum bets on slots will be lowered to $5 maximum bets.