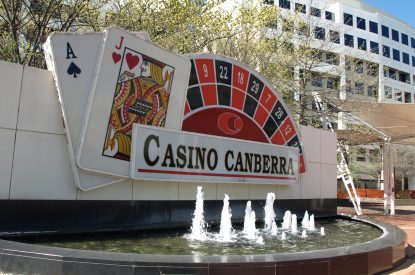 Aquis Casino Acquisitions, the company behind the bid to build a spectacular A$4.2bn casino and resort project in Cairns, is likely to complete its takeover of the Canberra Casino by Christmas having secured a $3m discount on the sale price.

Led by Chinese tycoon Tony Fung’s, the company has agreed to buy the Casino Canberra, located on the eastern side of the Australian capital’s Central Business District in Glebe Park, from Casinos Austria for $6m.

initially the deal was dependent on the Aquis Group receiving gaming regulatory approvals from the ACT government and agree the purchase of Reef Casino Trust. Aquis has though only secured 82.8 per cent of shares of the Cairns casino instead of the 90 per cent needed.

ACT Gambling and Racing Commission Chief Executive Greg Jones said: “The previous deal would see Aquis takeover the Reef Casino and hotel complex, and as part of that they would effectively own Casino Canberra, as they are owned by the same organisation, Casinos Austria. Aquis and Casinos Austria have now agreed to separate the sale of the properties, so the sale of the Canberra property can go ahead.”

Aquis said:“Aquis has tremendous confidence in the future of Casino Canberra and has agreed with Casinos Austria that the acquisition of the facility is no longer conditional on the RCT takeover offer. Through the due diligence process for the broader transaction we have gained a strong understanding of the Canberra facility and its potential. As a committed, active owner for the long term we will be looking at various options for improvements and upgrades and look forward to working with local stakeholders to build a facility everyone in the ACT can be proud of.”

The bigger resort proposal would be located 13km north of Cairns and would be called Aquis Resort. It would market itself to Chinese tourists and has pitched itself as being bigger than James Packer’s Crown casino in Melbourne. It wants to operate 750 tables and 1,500 slots at a resort that, if approved, would include nine hotels with 3,750 rooms, one of the world’s largest aquariums, a 25,000-seat sports stadium, 1,200 apartments and 135 villas, high-end retail shopping, theatres, a 13-hectare reef lagoon, 18-hole golf course, a convention and exhibition.