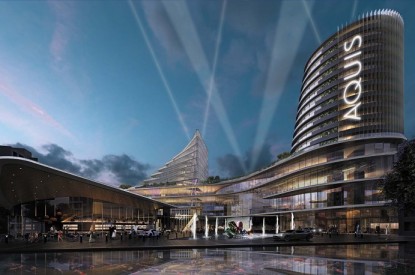 Aquis Casino Canberra has moved into the final stage of discussion with the government in the Australian Capital Territory to transform the casino into a five-star complex complete with slots.

The company said it had received in-principle support from the ACT Government to advance to Stage Three of the Investment Proposal process with its planned integrated resort development in Canberra’s CBD, subject to the negotiation and agreement of a number of commercial terms.

The $307m proposal by Hong Kong businessman Tony Fung would see the development of a resort precinct with a five-star hotel, high-end villas, seven restaurants, a nightclub and bars, a shopping mall and a day spa in exchange for the chance to operate 200 slot machines.

Aquis Entertainment CEO, Ms Jessica Mellor said: “We are incredibly encouraged by the ACT Government’s response to our detailed business case, which involved many months of research, hard work and diligent planning.” “Our proposal provides the ACT with a once in a lifetime tourism infrastructure opportunity that will not only facilitate much needed urban renewal in Canberra’s CBD, but deliver meaningful employment and significant economic benefits well into the future.” “The opportunity to participate in the next stage of the Investment Proposal process is a significant milestone, and gives us confidence to continue working with the ACT Government on this pivotal project.”

Mr Fung added: “We would market it as an integrated resort and give people an opportunity from Sydney to come down to Canberra. It is that type of project that can be a magnet.”

Since Aquis bought the casino in 2014, Casino Canberra has seen its GGR increase by 52 per cent. The company has so far invested $14m in upgrades

A Deloitte Access Economics report has estimated that the proposed casino would attract an additional 617,000 to the area and boost gross territory product $541m until 2030.

Aquis recently won approval from the Gold Coast council to build a 48-storey development at Surfers Paradise complete with 580 hotel rooms and restaurants.