Australia – Aristocrat’s half year profit up nine per cent 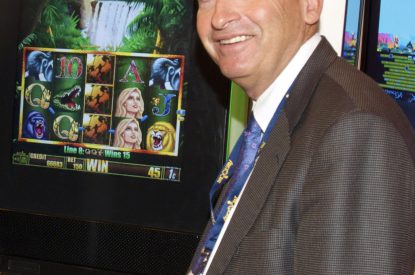 Aristocrat Leisure saw a nine per cent increase in profit for the half year ended March 31 with improved operational delivery, particularly share growth in the critical US gaming operations segment, as well as foreign exchange and tax benefits, boosting results for the Australian slot giant.

Share growth across the US and Australian outright sales markets, the maintenance of Aristocrat’s leading position in Asia Pacific and a five-fold growth in revenues in Aristocrat’s online business also contributed to the result.
Group performance for the six months to March 31 was ahead of the prior corresponding period, with reported profit after tax and non-controlling interest of $57.4m representing a 9.1 per cent increase over the $52.6m delivered in the six months to 31 March 2013.

Aristocrat made significant investments in industry-leading creative and technical talent and enabling technology, consistent with its plans to take share in priority segments across key markets. Investments in US gaming operations, outright sale segments in the US and Australia and the Online business drove significant performance improvements over the reporting period.

Operating cash flow of $61m was almost 34 per cent higher than the prior corresponding period, mainly due to higher revenues over the half, together with cash management initiatives.

Aristocrat’s gaming operations footprint increased 18.6%, with a 6.1% increase in average fee per day compared to the prior corresponding period. Share gains were also achieved in outright sale segments in both the US and Australia, with performance in the major markets of New South Wales and Queensland a particular highlight. In addition, accelerating momentum in the Group’s online business was achieved, as Aristocrat continued to build meaningful scale in this emerging business.

Chief Executive Officer and Managing Director, Jamie Odell, said “Aristocrat has reported positive performance over the six months to 31 March 2014 building on our established trajectory of NPAT growth. These gains flow directly from the rapid improvements we are making in the breadth, depth and competitiveness of our game portfolios, which have been exceptionally well received by customers and players across our priority segments.

“This builds on our medium term record of strong NPAT growth, with high quality games and products sustaining robust operational performance despite increased competition and mixed conditions across our key markets,” he added. “Increased profitability in North America was driven by outstanding share growth in our gaming operations footprint and average fee per day, together with a higher average selling price and share growth in the outright sales segment. Once again, this has been achieved by leveraging the industry’s best technology and creative talent to attack key segments with high quality, tailored game portfolios.

“Impressive gains were made over the half year in Australia, with Aristocrat achieving the top ship share position in both NSW and Queensland during the March quarter. This is the first time since mid-2010 that Aristocrat has led the Queensland market, showing the progress we are making in tailoring products to key markets and closing portfolio gaps.

“The performance of our Online business represents an exciting and expanding value stream. It is quickly developing meaningful reach and performance momentum, and it’s clear our strategy of leveraging premium Aristocrat content to drive user numbers and profitability is gaining traction.

“We anticipate strong NPAT growth over the twelve months to 30 September 2014 largely driven by improving operational performance across key markets and segments, partly offset by higher D&D investment as we build for the future, in line with our strategy.

“Performance will be weighted to the second half, reflecting the carry-forward of a higher gaming operations installed base, strengthening fee per day and the impact of a full pipeline of compelling new game content. We expect continued ship share momentum and bottom line benefits, particularly in the US and Australia, from the step up in D&D investment to be more evident through the second half of the year.” Mr. Odell concluded.