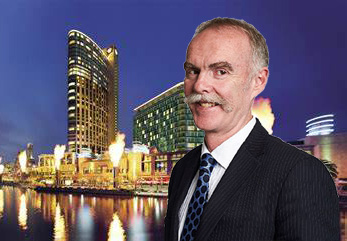 Mr. Silk, who led AustralianSuper for 15 years, will be joined on the Crown Melbourne board by Helen Silver and who was previously Managing Director of consulting firm Hay Group.

Crown stated: “Mr Silk is widely recognised as one of Australia’s most experienced business leaders, with deep expertise in governance, investment and risk management.”