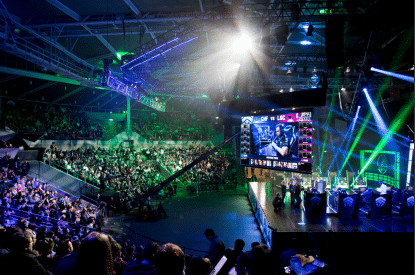 Aquis Entertainment, the owner of Canberra casino in the Australian capital, and Executive Sports and Entertainment, an industry leader in the esports sector in Australia and New Zealand, have established QeSports – a joint venture set to aggressively invest in the booming esports market.

QeSports will focus on innovation in community and event development, consultancy and the development of purpose built esports stadia infrastructure across Australia and New Zealand. The new business will Leverage ESE’s experience in traditional sport and their part-ownership of the Bombers (a professional League of Legends esports team) along with Aquis Entertainment’s experience in entertainment venue development and management.

The global esports market is growing at 26 per cent year on year according to research house Newzoo and as media consumption habits continue to evolve, the industry is expected to be worth $1.5bn by 2020. Global audiences were estimated at 287 million in 2017 with 20% audience growth predicted between 2017 and 2019. Just last week, Epic Games, the publisher of Fortnite, announced its push into competitive gaming with a US$100m prize pool for season 2018-19.

Domestically, the Australian esports audience has more than doubled in the past five years according to Nielsen Esports Playbook research. Australia currently boasts 11m gamers, an active esports audience of 3.2m and 46 per cent awareness of the esports category.

QeSports CEO, Rohan Sawyer said: “Esports is disrupting mainstream sport and the growth in audience and engagement should not be underestimated. They’re digital natives, early adopters and high spenders. Australia is becoming a focus of major publishers and brands for investment and we’re aiming to be the market leader across all segments of the esports ecosystem.”

Jessica Mellor, CEO of Aquis Entertainment, added: “Aquis Entertainment’s vision is to provide Australia with next generation entertainment and our move into the esports market is very much in line with our strategy. Australians are well known for their passion for traditional sports and we’re starting to see this translate to esports as the sector matures.”

“Two-thirds of Australian esports fans are aged 18-34 and that’s a market segment we know very well. This, coupled with our experience in entertainment venue operations, puts us in a strong position to meet a wide range of expanding needs in the esports space”