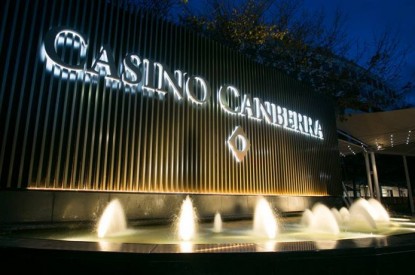 Blue Whale’s Mr Gu said: “With our wealth of experience in hotels, we believe this presents the business with a unique opportunity to release this largely untapped market and provide Canberra with more world class experiences. We are hoping to create a brand-new entertainment hub for the nation’s capital and attract even greater numbers of visitors to Canberra.”
“Blue Whale was established as the future of iProsperity Group’s growing leisure and entertainment portfolio and this transaction sets the business in the right trajectory to realise these goals,” he added.

Blue Whale is associated with the investment manager of the SB&G Hotel Group (Australia) Fund, the owner of the Crowne Plaza Hotel, located adjacent to Casino Canberra on Glebe Park, and $50 million Holiday Inn Express development proposed for the same site. Blue Whale said it was ‘excited about the potential future synergies which could be generated for Canberra Casino through this relationship.’

Blue Whale said it intends to ‘undertake further upgrades to Casino Canberra, including introduction of new world class restaurants, as well as continuing to utilise the premium gaming facilities of the venue.’ Blue Whale’s vision is to reinforce Casino Canberra as the ‘entertainment hub of the nation’s capital to drive even greater numbers of visitors’.

Outgoing Aquis CEO Jessica Mellor said of the deal: “It recognises the significantly improved operating performance of the business and has the effect of removing the existing convertible loan with relatively minimal dilution to minority holders. We look forward to working collaboratively with Blue Whale, who will become Aquis’ majority shareholder if the transaction is approved.”

A spokesperson for Minister for Regulatory Services, Gordon Ramsay said the deal was a matter entirely for the company.
“Aquis has previously expressed interest in announcements to the stock exchange that it had been engaging in confidential bidding processes. The Minister has not met with any representatives in relation to the acquisition of a casino licence.”

Blue Whale still needs to obtain all necessary ACT Government and casino licensing approvals to implement the transaction, including any consents required for the change of control of Casino Canberra’s casino licence.

It has appointed Allison Gallaugher, currently Financial Controller, as Acting CEO effective from 1 January 2019. Ms Gallaugher will replace outgoing CEO, Jessica Mellor, who is stepping down due to personal reasons.