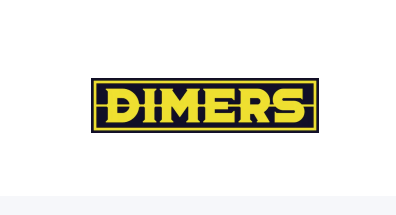 Cipher Sports Technology Group has closed a $5m Series A funding round to accelerate its growth into the U.S. sports betting market.

The company’s predictive analytics technology, along with its flagship consumer brand Dimers.com and suite of B2B products, has been making inroads into the North American market since launching Dimers.com in mid-2020.

Co-founded by Fiske and fellow Australians Katie Prowd, Darryl Woodford and Nick Slade, the group now has offices in both New York City and Melbourne, Australia.

After a thorough due-diligence process, Cipher STG has announced that Australia-based and privately owned investment group, Cygnet Capital, will lead its $5m Series A.

Chief Executive Officer, Adam Fiske, was delighted to welcome Cygnet Capital to the table, saying; “Closing our Series A, with a partner such as Cygnet Capital leading the round, is an incredible milestone for us and we’re absolutely thrilled.”

“From the first conversation we had with Cygnet Capital, to where we find ourselves today, it’s been really clear that we are completely aligned when it comes to our collective view on the size of the opportunity in the US,” Fiske added.

Cygnet Capital provides a unique approach to capital outside of the traditional, and often rigid, VC structure, meaning it can invest over multiple rounds as a company either stays private or goes public.

“The team at Cipher Sports Technology Group has really impressed us the whole way through this process and we’re thrilled to be involved in such an exciting company with major international ambitions,” Cygnet Capital Co-Founder Johnathan Rosham said.

“In the current environment, industry sectors that exhibit high growth and profit margins will be at a premium. We believe that the broader wagering sectors, and specifically the US, will provide an opportunity to leverage and expose our capital to above average growth in a challenging and volatile global investment environment.”

Mr. Rosham, a prominent participant in the Australian thoroughbred horse racing industry, is a part-owner of Verry Elleegant, winner of Australia’s most famous horse race – the $8m Melbourne Cup – in 2021.

Cygnet Capital has made several other investments in the global wagering industry and is excited by the burgeoning opportunity that legal online sports betting presents in America.

“It’s quite remarkable to think that a market the size of North America has only just embraced online sports betting, something the European and Australian markets have had access to for over 20 years now,” Mr. Rosham added.

“The Cipher team has a great deal of experience and expertise that will undoubtedly set them apart as they continue to grow their business in the US.

“Cipher is now well positioned to make a significant impact in the US and we’ve no doubt their brand-and-technology-first approach will prove invaluable as they further accelerate what has already been a very impressive penetration into the North American market.

“We see a strong scenario where they grow their revenue base from several million dollars this year, to tens-of-millions of dollars in the next two to three years,” Mr Rosham said.