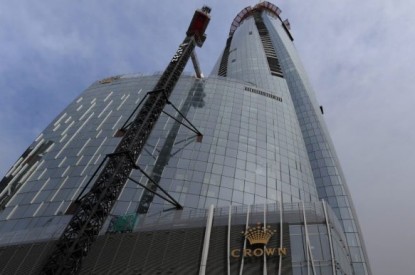 Australian casino giant Crown Resorts has been told to delay opening gaming operations at its Barangaroo casino next month by the NSW Independent Liquor & Gaming Authority in light of ongoing concerns over the company’s suitability to run the casino.

The instruction comes a day after Crown permanently pulled the plug on the use of unlicensed junkets to supply VIP players to its casinos.

ILGA chair Philip Crawford said the Authority resolved at a board meeting that it was not in a position to consider a range of essential regulatory applications on matters such as minimum bet limits, VIP membership policy, gaming area boundaries and “close associates” of the licence holder.

“We are hopeful that Crown Resorts will agree to our request to postpone opening of all gaming activities, which would be unable to begin without approval of these regulatory matters,” Mr Crawford said. “The Authority has found ongoing evidence before the Bergin Inquiry to be extremely concerning, and that any gaming activity at the casino before the Inquiry’s findings are released in February 2021 and considered by the Authority would pose unacceptable risks on the community against the public interest. In light of this, we did not consider it appropriate to determine the applications before the Authority until the findings of the Bergin Inquiry.”

Mr Crawford said ILGA is prepared to work with Crown to explore options that may enable the opening of non-gaming areas including accommodation, restaurants, bars and entertainment areas next month.

The inquiry into Crown’s dealings by the NSW Independent Liquor and Gaming Authority is drawing to a conclusion with any punishment for the operator to be confirmed in February. Crown is already being investigated by AUSTRAC’s Regulatory Operations branch due to the non-compliance referred to ‘ongoing customer due diligence, and adopting, maintain and complying with an anti-money laundering/counter terrorism financing program.’

Crown Melbourne’s management of customers identified as high risk and politically exposed persons has been called into question with its links to Alvin Chau, the boss of its junket partner SunCity, a ‘politically-exposed person’ with a ‘substantial’ criminal past being the focus on=f much of the inquiry.

A spokesperson for the Independent Liquor and Gaming Authority said it was ‘not possible for ILGA or Liquor & Gaming NSW to licence junkets under existing laws and regulations.’

“A licensing regime for junkets could be implemented through amendments to the casino operators’ internal controls or amendments to the Casino Control Act,” he said. “ILGA has not yet considered any proposal by Crown regarding junkets and Crown has not formally sought ILGA’s views on any proposed changes to regulation of junkets.”

JP Morgan believes it is ‘unlikely’ that Crown will lose its operating license following the delivery of a ruling from a regulatory inquiry into its suitability as a casino operator, however it believes Crown could be hit with a temporary suspension

They also believe Crown will be fined and it will be told to address internal compliance issues. 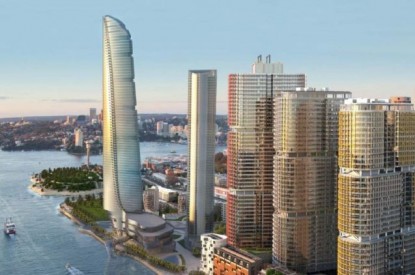