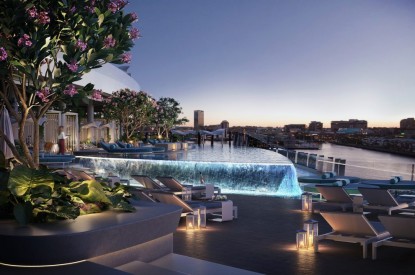 Crown is now finalising its pre-opening activities and expects to progressively commence non-gaming operations at Crown Sydney from December 28 2020, following approval from the NSW Independent Liquor & Gaming Authority for an interim liquor licence for the Barangaroo casino.

ILGA chair Philip Crawford said the Authority is considering a further two liquor licences for other non-gaming areas of the casino, with a final decision expected within the week.

IGLA stated: “The licence issued will allow Crown to serve alcohol at the Crown Sydney resort, which includes a number of bar areas. The additional licence applications still to be determined apply to two restaurants at Crown Sydney. Last month ILGA decided against approving a range of regulatory items related to the casino’s gaming activities prior to the release of the Bergin Inquiry’s findings in February 2021. At the time, ILGA agreed to work with Crown Resorts to enable opening this month of all non-gaming areas including accommodation, restaurants, bars and entertainment areas. ILGA’s position on Crown Sydney’s gaming operations has not changed.

“The licence issued has been issued on an interim basis, with an end date of April 30 2021. This will enable ILGA to consider any suitability concerns arising from the Bergin Inquiry following the handing down of the report due early next year, before making a further decision regarding an extension to the licence.”