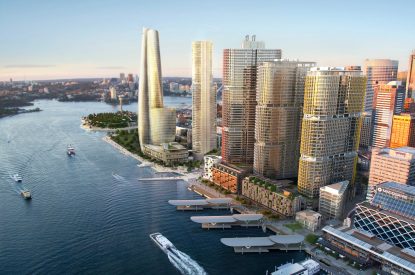 A war of words has broken out in Australia where Echo Entertainment has claimed that rival Crown’s plan to open a $1.5bn VIP casino resort at Barangaroo is legally flawed.

Echo has provided ‘legal advice’ to the planning department by Echo Entertainment, claiming plans to change Barangaroo’s blueprint to include a 69-storey tower could be subject to a court challenge.
Crown Sydney’s hotel facility is expected to be completed in 2018 with the casino to have its official opening a year later.

Echo Entertainment’s Chief Executive and Managing Director, Matt Bekier, said: “The enclosed advice and assessment raise matters which therefore should be fully considered and addressed, as would be the case in regard to any planning application.”

In the submission, Adrian Galasso, SC, and Clifford Ireland, have advised that the environmental impact caused by the increased height would see a 7.4 per cent increase in gross floor area for Barangaroo, including increasing Crown Sydney’s from 168 metres to 275 metres.

Echo’s objection claimed the government’s decision to approve the licence Mr Packer before the actual application is finalised questions the Planning Minister’s ability to be impartial. It said that the NSW liquor and gambling authorities, the health department and the department of community services all should have been consulted as they are ‘arguably relevant in relation to a proposal for a casino.’
The advice states: “If granted, [The modification] would be open to judicial review proceedings of the Land and Environment Court’s jurisdiction.”

Planner Deborah Laidlaw questioned whether the inclusion of a casino could be ‘properly regarded as within the scope of a ‘modification.’

Crown Sydney chief executive Rowen Craigie said: “I consider this a blatant misuse of the planning process by The Star casino to try and protect their existing monopoly and delay much-needed competition into Sydney’s VIP gaming market.”

City of Sydney council joined the argument claiming that the increase brought no increase in community floor space.

It said: “This proposed modification is not an actual modification, as it is not substantially the same as the original concept plan approval. Given the degree of change, the proposal should be the subject of a fresh concept plan application. In the event that the government proceeds with the current proposal, the new Planning Minister should at the very least have Modification 8 externally assessed by a suitably qualified and experience planning consultant independent of the state government. There is no social or economic justification that a gaming facility, high-roller hotel and luxury apartments are preferred land uses to public foreshore parkland.”

The modification was made due to former NSW premier Barry O’Farrell’s 2011 demand that Lend Lease relocated the hotel from a pier over the water to a waterfront site on land.

A Lend Lease spokesperson said: “In line with the planning process, we will now review all submissions made in relation to the revised concept plan for Barangaroo and will respond in detail to the points raised to the NSW Department of Planning and Environment.”

Local MP Alex Greenwich added: “It is nothing more than a private grab for prime public land. The original winning design for Barangaroo set tower buildings back from the waterfront to ensure public access and enjoyment of the waterfront. The existing approved site for the hotel on the water would privatise the harbour.”