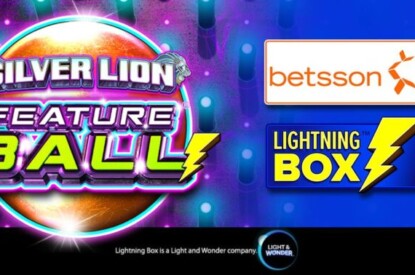 This player favourite, with its African plains setting, has attracted a legion of followers since its initial release in 2016 who will now have a pinball element for extra enjoyment.

The four-by-five-reel slot, which boasts 1024 ways to win, really heats up when the bonus symbol acts as a feature trigger and scatter. When the bonus game is triggered by three, four or five scatter symbols, the players have access to eight, fifteen or twenty Free Games respectively, with a chance of winning big.

Once the player is in the Free Game, things get even better, with more Bonus Free Games triggered by as little as two Silver Lion Bonus symbols, depicted by a shiny red jewel, that gives them an extra five Free Games to battle the fierce African beasts.

The overlay symbols in the inter-reel game, which is independent of the main game reels,  requires three or more Feature Ball symbol to appear to award the coveted Feature Ball.

In Feature Ball, players choose four of seven pockets for the ball to fall in. The players can win a prize of up to 100x their bet or Free Games should the ball land in one of their chosen pockets, after bouncing its way down pegs with 50/50 odds.

Initially available on an exclusive basis to Betsson, Silver Lion Feature Ball will be distributed through the Games Global platform.

Peter Causley, CEO and co-founder of Lightning Box, said: “Silver Lion has always been one of our most popular games and we didn’t want to tinker with it just for the sake of it. But I think the new Feature Ball component really adds to the much-loved game play and we’re excited about seeing what players old and new make of it.”