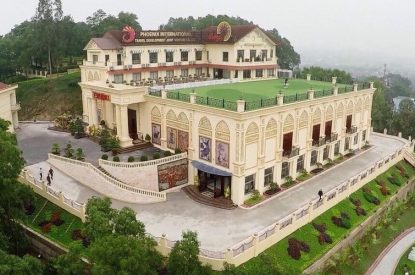 Silver Heritage Group, the operator of the Phoenix International Club in Vietnam and The Millionaire’s Club in Kathmandu’s Shangri La Hotel is floating on Sydney’s stock exchange to raise $18.6m to help finance its Tiger Palace Resort in Nepal.

Silver Heritage hopes the Initial Public Offering will take place by the end of August and is offering 62.5m ordinary shares at a price of $0.30 each, which would give it a market capitalisation of $59.8m.

Silver Heritage, which is also involved in casinos in Laos and Cambodia, said it wants to concentrate on developing its own casino resorts close to the India-Nepal border.

“We’ve been in Asia for over 12 years and in Nepal since 2012,” said Mike Bolsover, Chief Executive Officer for Silver Heritage Group. “We are a group that develops projects over time and only where we see significant competitive advantages. We focus on mid-size opportunities and improving operating performance to best practice standards. This strategy has allowed us to build significant expertise and local knowledge while growing profitability and generating attractive returns on capital. We successfully applied for a license to operate The Millionaire’s Club And Casino in Kathmandu in early-2015 and in early-2017 will launch our beautiful new facility, Tiger Palace Resort.”