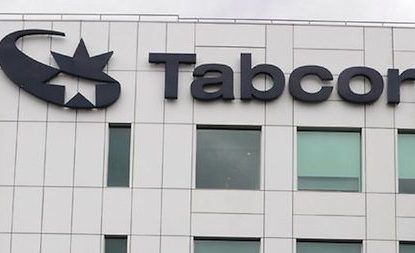 Australian sports betting giant Tabcorp has lodged an application with the Australian Competition Tribunal for authorisation to proceed with the proposed combination of Tabcorp and Tatts Group.

Tabcorp stated: “Through this engagement, it has become clear that many stakeholders are strongly supportive of the Transaction and its anticipated benefits. As such, Tabcorp has formed a view that it has a compelling case to pursue a merger authorisation application in the Australian Competition Tribunal. Under the authorisation test, the Tribunal balances public benefits of the proposed Transaction against likely detriments, including competitive detriments. This differs from the test the ACCC applies, which is limited to assessing whether a proposed acquisition is likely to substantially lessen competition, and is not able to take into account countervailing public benefits. The merger authorisation will likely deliver greater Transaction certainty compared to the informal clearance process by requiring the consideration of public benefits. Importantly, the merger authorisation application is considered within a statutory timetable.”

Tabcorp’s Tribunal application will be supported by substantive evidence from a wide range of industry participants and experts as to the substantial public benefits from the Transaction accruing to the racing industry, venue partners, customers, shareholders and the broader community.

As a consequence of lodging an application with the Tribunal, Tabcorp has withdrawn its application for informal clearance by the ACCC.

Tabcorp has engaged closely with the ACCC in its market inquiries, and has carefully considered the Statement of Issues released by the ACCC last week. In relation to the one area identified by the ACCC, which on a preliminary view is an issue of competition concern, Tabcorp has committed to divest its Odyssey Gaming Services business and is well advanced with a sale process. Tabcorp is confident that as part of the Tribunal process it will address all relevant issues raised in the SOI by the ACCC.

Tabcorp Managing Director and Chief Executive Officer, David Attenborough, said: “Through our extensive discussions with stakeholders since announcement of the Transaction, it has become increasingly clear that there is broad-based support among our stakeholders for the proposed combination with Tatts. After careful consideration of the Statement of Issues, Tabcorp believes the merger authorisation process will deliver greater Transaction certainty. It enables public benefits, including our strong funding relationship with the racing industry, to be taken into account.”

Tabcorp believes that the proposed combination with Tatts will deliver value for both sets of shareholders, as well as significant benefits to other stakeholders across Australia including the racing industry, business partners, customers and Governments. Tabcorp and Tatts are the largest source of funding for Australia’s racing industry, having delivered approximately $1bn to the racing industry in FY 2016, as well as contributing more than $200m of wagering taxes to State Governments in FY 2016.

The benefits expected to flow from the Transaction include delivering additional funding to the racing industry and venue partners, which will flow to participants and related industries across Australia. Tabcorp believes this additional funding will led to the development of a pathway to national pooling for parimutuel wagering, subject to regulatory and racing industry approvals and an enhanced ability to adopt strategies to address the national decline in parimutuel betting.