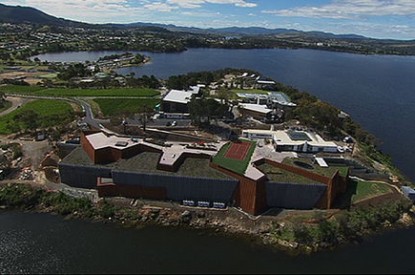 The Tasmanian Government is considering breaking a 20-year monopoly to allow a new casino licence to be issued as part of a proposal put together by the owner of Hobart’s Museum of Old and New Art (MONA).

MONA Founder David Walsh has presented plans to construct a small casino for high rollers as part of a hotel complex to be developed at the Berriedale site in northern Hobart.

Mr. Walsh has put forward his concept of a slot-free casino with just 12 gambling tables. The government though is tied into a 20-year exclusivity deal with Federal Group who operates two casinos with the Wrest Point Hotel Casino and Country Club Tasmania. There are currently four years left to run on that deal.

Mr Walsh said: “I would be very happy indeed to have a little high-roller, tourist-only, no-pokie casino to be part of the Mona package.”

The Tourism Industry Council’s Luke Martin said: “Everything MONA does is absolutely cutting edge, it’s innovative, it captures attention. Ultimately what that incorporates, whether that’s a casino or business events space, MONA is within its rights to look at the options and investment. Whether it does incorporate something like a casino, that’s obviously got a regulatory issue and they’re going to have to pursue that with the State Government.”