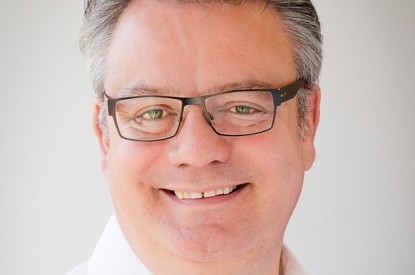 Betware is proud to announce that Frank Cecchini, former Regional Vice President of GTech for Central Europe, has been appointed by Betware to lead the commercial team as Chief Commercial Officer.

Frank Cecchini will assume the role of Chief Commercial Officer (CCO) and will be responsible for the Sales, Marketing and Account Management strategy of the company.

Stefan Hrafnkelsson, Betware’s CEO, said: “We are delighted that Frank Cecchini has joined our team and are convinced that his tremendous lottery market experience, communication and innovation skills will greatly enhance Betware’s market expansion plans. Frank joins us at a very exciting time; after finalizing the acquisition process, together with our new owners NOVOMATIC AG Betware now focuses on a complete 360 degree solution for lotteries.”

During his professional career Frank Cecchini has spent over 14 years in the lottery industry, in various roles, both technical and commercial. Since 2004 Frank Cecchini was an Account Development Manager until 2010 when he became Regional Vice President at GTech for Central Europe where he was responsible for business development and account manage¬ment for Switzerland, Luxembourg, Germany, Austria, Belgium, the Netherlands and Italy. Prior to joining GTech he was a General Manager at Olympus UK where he managed the EMEA region operations. Frank Cecchini studied Electrical and Electronic Engineering at De Montfort University in the UK and speaks English, Italian and French. He is 49 years old and married with three children.

“I am extremely happy to join Betware and become part of the Novomatic family as there are exciting times ahead following the joining of forces by Novomatic and Betware. I am convinced that the strength of Novomatic, combined with the innovative DNA of Betware will deliver new solutions and opportunities that will add tremendous value to the lottery market,” said Frank Cecchini, Betware’s Chief Commercial Officer.