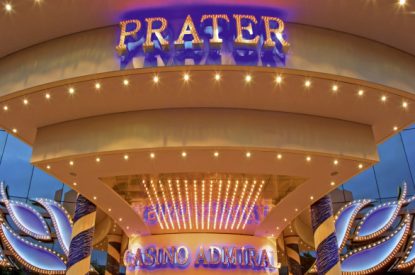 The award of two Austrian casino licenses to Novomatic will lead to the creation of 500 new jobs guaranteeing the sustained growth of the company’s headquarters in Gumpoldskirchen.

Building on the group’s long-term know-how and expertise as an operator of 30 international fully-fledged casinos, Novomatic will build two state-of-the-art flagship casino operations comprising a fully-fledged casino at the existing Vienna Prater slot hall and a completely new casino and hotel complex in Bruck an der Leitha in Lower Austria.

Novomatic CEO Dr. Franz Wohlfahart said: “The allocation of these licenses now allows us to prove our international casino competencies in our home market of Austria. Apart from that it enables us to guarantee the sustained growth at the Novomatic headquarters in Gumpolskirchen whilst creating 500 new employees.”

The allocation of these two licenses and another to the Swiss Stadtcasino Baden and the German Gauselmann group ends a casino monopoly that had lasted for 40 years.

Novomatic stated: “In 2011, after the European Court of Justice had found the Austrian gaming monopoly contrary to European law, the Austrian Ministry of Finance launched a tender process for Casinos Austria’s 12 existing casinos as well as the three new casino licenses. Six of Casinos Austria’s licenses for city casinos were due to expire at the end of 2012. In December 2012, these licenses were again awarded to Casinos Austria for a period of 15 years. The remaining six licenses for casinos in regional areas were re-awarded to Casinos Austria in October 2013, leaving the three new licenses in Vienna and Lower Austria up for tender. The new casinos will not only creates 100s of new jobs but also bring a new impetus to the Austrian casino landscape. New players on the market with comprehensive international casino expertise, state-of-the-art equipment and premium casino establishments like Novomatic will create a new competitive environment on the Austrian market and effect a revival of casino gaming as a sophisticated entertainment offering.”