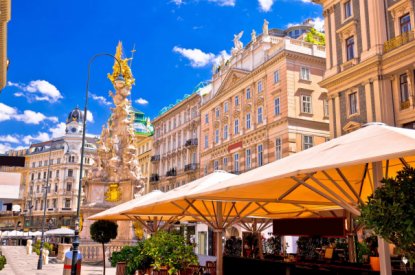 European sportsbook operators have a brewing dilemma in Austria that not only risks the estimated €300m in annual revenues from the Austrian online market, but potentially jeopardises much more lucrative opportunities in markets such as Germany and Holland.

The story has thus far been contained within national borders, but as television coverage spreads the issue to all corners of the country, keeping a lid on the issue is becoming increasingly complicated and costly.

In essence, online sportsbooks in Austria have been operating outside of their legal remit by offering casino games in addition to sports bets.

Austria maintains a monopoly over online gaming, with win2day, a subsidiary of Casinos Austria, the only operator with a licence to offer such games in the country. However, operators with licences in Malta, Gibraltar, the UK etc., have offered games of chance in addition to sports bets provided to punters on their websites.

An uneasy truce has existed for many years in which online operators claim legality based on the Freedom of Services Act granted by European law, while the Austrian Ministry of Finance rejects such claims, but continues to gather taxes from the activity.

The Ministry declares all such operators to be illegal, but since it’s unable to block or remove foreign casino operators from the web, the Ministry resigns itself to collecting taxes from illegal operations.

In 2020, 37 unlicensed operators received demands for gaming tax totalling around €50m, with 27 of the operators dutifully transferring €45m to the Austrian treasury.

This status quo, however, is being tested by private individuals supported by ‘no-win, no- fee’ legal teams claiming that losses as a result of online gaming activity in Austria are not only illegal (which is undisputed), but more importantly – recoverable.

High profile cases are beginning to penetrate the public consciousness with numerous legal firms in Austria calling upon players with excessive losses to come forward and claim back their money.

Vienna-based litigation firm, Advofin, takes 37 per cent of amounts claimed, but covers all costs if the claim is rejected.

Such a business model has begun to snowball the number of claims being made, with Advofin currently pursuing 1,500 claims against 30 online operators for a combined total of €32m.

To date, Advofin has a 100 per cent case record, winning each of the 40 cases heard thus far, with €1.5m paid back to players. However, this is thought to be only a fraction of the sums paid in out- of-court settlements.

The cases have been heard in both the lower and higher courts in Austria and in every case the claimants have won.

The escalation of claims and the publicity being drawn to the issue has unnerved operators, with sports betting giant Tipico, the main sponsor of the Austrian Football Bundesliga, informing customers that, as of February 1, its Tipico casino would be permanently closed for Austrian residents.

The risk is not primarily the costs of litigation, but rather the chance of new licence opportunities being lost. Tipico is the market leader in sports betting in Germany and is favourite to win a licence to operate online games in addition to sports betting in that market.

However, the German State Treaty on Gambling states that “neither the applicant nor any of its affiliates can supply or mediate illegal/unlicensed games of chance.” Continuing to operate illegally jeopardises Tipico’s German licence hopes and presents a bigger risk than the sum of all the litigation in Austria combined.

Assessments are being conducted by operators into the risks of continuing to offer online games of chance in Austria, as opposed to the rewards for exiting the market with their reputations intact.

The threat of the legal assault from Advofin is not inconsiderable, but it’s the publicity from the issue that’s more harmful than the claims themselves.

Legal firms acting on a ‘no-win, no-fee,’ basis are only seeking to support VIP customers with substantial claims that make their efforts worthwhile. Claiming 37 per cent from small losses is not on the agenda.

The big problem is that the Austrian press is having a field-day with the stories, which mix human interest with political intrigue, gambling and unscrupulous illegal foreign corporations – a potent cocktail.

Following on the heels of what is known in Austria as the “Ibiza Affair,” in which former Vice- Chancellor Heinz-Christian Strache was caught selling influence to journalists posing as wealthy Russian investors, the illegal online gambling boom is garnering national attention on a comparable scale.

Though unlikely to bring down the current government this time around, the fact that Mr. Strache quashed a planned bill that would have enabled authorities to block websites for users in Austria, has raised concerns of further collusion during his time in office.

Mr. Strache’s sports ministry had planned to issue a call for tenders for new online licenses and direct additional income into the sports budget. The position of the government on the issue, since the Ibiza Affair, can now be described as tangentially opposite.

Gambling advocacy is political suicide in Austria at this time and the stated goals of the Ministry of Finance is to ‘combat illegal gambling and expand player protection,’ according to its latest public statement on the matter.

The position of sports betting operators to simply ignore the issue and carry on regardless has become untenable.

If the long-term goal was to break-up the Austrian online monopoly through persistent illegal market penetration, tax compliance and stalwart reliance on the European Court of Justice to uphold a tenuous Freedom of Services Act claim, such help from government to assist that cause has evaporated.

Not only has the Austrian government turned its back on the issue, but the European Court of Justice has made clear that the restriction of gambling licences is not included in the Act.

Member countries are legally entitled to restrict licences in regards to gambling and the continued reliance upon the misinterpretation of this fundamental principle, as it relates to the Austrian case, is both misguided and potentially self-injurious behaviour.

Advofin has won every claim it’s made and law firms across Austria have woken to the idea that vast sums are recoverable both for those working within the court system, and those settling outside of it.

Text messages to problem gamblers in Austria from sports betting suppliers have become part of daily news headlines, adding to the toxicity –

“Dear X. Unfortunately, we were unable to contact you by phone. As we can see from your account, you have not visited our casino in some time. Since we value you greatly as a loyal customer, we have just credited your account with a 400 euro Cash Bonus (with no spending conditions.”