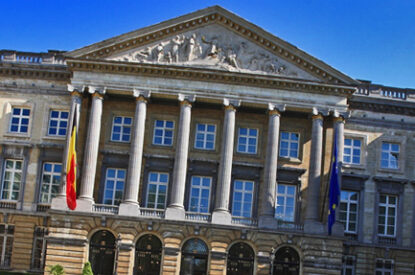 A bill that will be on the agenda of the Justice Committee in the House of Representatives threatens to make it impossible to monitor player behaviour. The strict cumulation ban that is proposed is unnecessary and undesirable, says BAGO, the Belgian professional association of gambling operators.

New laws would mean that players have to register for separate online betting and casino accounts.  The change to the law states: “It is not permitted to use the same player account for participation in games of chance operated on the basis of different licenses. It is also prohibited to transact between different player accounts.”

On Wednesday 9 February, the Justice Committee of the House will examine the bill by Mp Stefaan Van Hecke with regard to gambling and the amendments made to it by the majority. The bill introduces a number of measures that will effectively contribute to better protection of consumers and vulnerable populations. Thus, the so-called 3.3. vending machines will be banned and sports betting in newsagents will become subject to the EPIS system and will only be accessible after an e-ID check.

“As a professional association of gambling operators, who advocate a responsible gambling policy, we support every legislative initiative that aims to protect consumers and vulnerable populations as much as possible against the dangers of problematic gaming behaviour,” says BAGO chairman Tom De Clercq.

However, BAGO warns that the bill also contains a measure that poses a serious threat to consumer protection. The majority wants to introduce a strict cumulation ban on online licenses. The bill introduces four prohibitions, in particular:

“In addition to the fact that these four prohibitions are based on an incorrect reading of the existing case law of the Constitutional Court, such a strict cumulation ban is extremely harmful for the player and the government,” says BAGO vice-president Emmanuel Mewissen. “In concrete terms, this would mean that a player who wants to play with different types of games of chance (Casino, Gaming Hall, Sports Betting) with the same operator, would be obliged to open a separate player account each time, which is completely separate from his other player accounts. Not only the player loses the overview of his own spending pattern and budget. The operator is also in danger of losing the overview.”

However, several operators are investing heavily in ai-monitoring player behaviour, so that they can identify risky behaviour in a timely manner and warn the players involved and provide solutions. BAGO has long advocated that the government imposes such monitoring on all operators and anchors it in a duty of care. However, this bill makes this impossible.

“The frequency and the change in gaming behaviour are two extremely important indicators to detect potentially problematic behaviour in a timely manner. Any form of splitting of player accounts will greatly prevent the application of these two crucial indicators,” added Dennis Mariën, Board Member of BAGO.

“The government is also shooting itself in the foot with this”, Massimo Menegalli, Board member of BAGO. “It is denying itself the opportunity, by means of scientific research on aggregated player data, to gain a better insight into problematic gaming behavior and, where necessary, to issue preventive measures.”

However, both the government, the Gaming Commission and the legal operators agree that scientific research is essential to develop an effective gambling policy.

BAGO also points out that a strict cumulation ban will lead to more players resorting to illegal gambling operators, who will continue to offer multiple products unhindered and do not offer any guarantee of player protection, on the contrary. A recent study by Ghent University among young adults shows how present these illegal providers already are. The gambling advertising that young adults face comes for 1/3rd from illegal operators.

“Precisely for that reason and out of the concern for player protection, the Dutch legislator recently decided not to introduce a cumulation ban and it applies that the operator can offer games of chance of different nature under one account, one wallet and one centralized overview,” said Alexis Murphy, Board member of BAGO.

BAGO emphasises that this measure may also have serious consequences for the fight against money laundering. After all, the legislation requires a holistic approach, at both player and product level. A breakdown of the portfolio per product makes detecting suspicious transactions much more difficult.

Finally, BAGO would also like to point out that a growth in illegal operators will also result in the government losing significant revenues.

BAGO calls on the committee members not to introduce this strict cumulation ban for the time being and is prepared to formulate constructive proposals that offer additional protection for players who wish to play with different types of games of chance on different websites. IN THIS CASE, BAGO argues in favour of regulation instead of prohibitions.

At the same time, BAGO proposes to introduce a duty of care, whereby all legal gaming operators are obliged, among other things, to monitor their players and warn them of risky behaviour, to take preventive measures and to share their prevention data with the Gaming Commission.