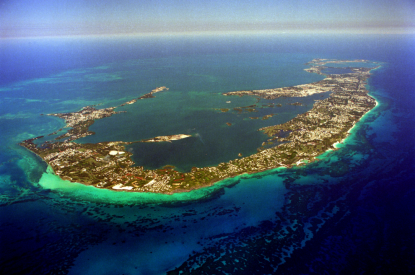 Legislators have completed a draft of a bill that would finally regulate casino gaming in Bermuda. Based on casino laws used in Singapore and crafted with the assistance of US-based Spectrum Gaming Group, the legislation will be presented before the end of 2014

In an address before Bermuda’s House of Assembly, Shawn Crockwell, Bermuda’s tourism minister,  said the bill will not be tabled during the current Parliament session, noting that the Singapore’s gaming law was drafted over two years. Nevertheless he described the legislation as “the most important component in ensuring we have the best regime and administrative structure to effectively oversee the domestic casino gaming industry.”

The Gaming Legislative Drafting Committee “will continue to finalise the Bill to comprehensively establish and regulate the gaming industry,” said Mr. Crockwell. “This will keep the Government on track to have the entire statutory structure presented for approval before the end of 2014.”

The legislation will include creation of a Casino Gaming Commission and a Responsible Gaming Council, agencies which will help “implement casino gaming on a limited basis.”

Nearly a year after he first proposed casino gaming as a means of reversing the territory’s lagging tourist arrivals, Mr. Crockwell in December announced Bermuda’s government had “made the decision to proceed with the establishment of legalised casino gaming through the parliamentary process” and forego an earlier-promised referendum on gaming.

Casino gaming has long been banned in Bermuda. Mr. Crockwell said the decision to forego a vote on gaming was “difficult” but that according to recent polls, 76 per cent of residents support casino gaming’s establishment. “The implementation of casino gaming legislation in Bermuda is a major statement and a jurisdictional decision that will be closely observed by our competitors and potential investors in the tourism industry,” Mr. Crockwell said.

“In most jurisdictions where gaming is legal, it is extensively regulated. There is probably no other business that has so many aspects of its operations so heavily regulated,” he added. “It is vital to Bermuda’s reputation that we get our gaming statutory structure right, and this government is committed to doing so.”