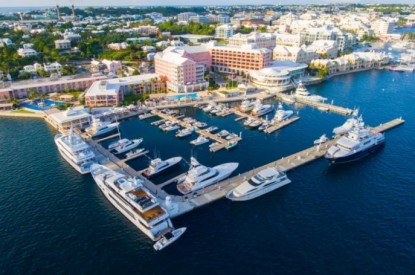 Legislation paving the way for casinos in Bermuda is to be introduced ‘without further delay’ according to tourism minister Jamahl Simmons.

Speaking in the House of Assembly, Mr Simmons said former members of the Bermuda Casino Gaming Commission were at fault for the delays in legislation.

“Under new leadership, the Bermuda Casino Gaming Commission is working with the Attorney-General’s Chambers, via my ministry as the instructing government body, to ensure that these regulations are enacted without further delay,” he said. “In fact, the Attorney-General’s Chambers and the commission have agreed that for expediency and without sacrificing due diligence in the drafting process, the prudent way forward would be to complete the drafting and enactment of the regulatory package, under the negative resolution procedure, in three phases.”

The second phase will see legislation enacted before the casinos can be built. Following the enactment of the Casino Gaming Act in 2014, the Gaming Commission initiated the three stage application process for the island’s first casinos in 2015. The Bermudan government granted two ‘designated site orders’, for four licenced integrated resort casinos to operate on the island, including one to the Hamilton Princess hotel in 2016.

In August last year international casino operator Century Casinos submitted a license application for a casino at the Hamilton Princess Hotel & Beach Club in Hamilton, Bermuda jointly with the company, which owns the property.

The plan is for the casino to cover approximately 12,000 square feet of gaming space and feature 17 gaming tables, 200 slot machines and an automated roulette machine on its main casino floor, high limit area and salon privé.