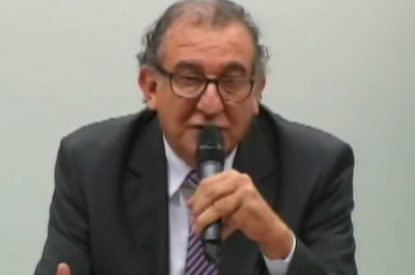 A number of industry insiders have come out in support of the new gaming bill now being considered in the Chamber of Deputies but say some changes could be needed.

While welcoming the new act the President of the Brazilian Association of Bingos, Casinos (ABRABINCS), Olavo Sales da Silveira said that lower taxes were needed in order to ensure that the industry was sustainable.

Speaking before the Special Committee in the House of Representatives, which is currently considering proposals in order to create a regulatory framework for gaming, he said that the bill in its present form establishes a rate of 10 per cent on gross revenues on establishments such as bingo halls, and 20 per cent on gross revenues on the operation of online games. But according to Olavo Sales da Silveira, gross income should not be calculated on the amount bet per day but should instead be based on the difference between the total of bets minus the prizes handed out by gaming establishments.

Meanwhile advisor to the Brazilian Bar Association in Sao Paulo, Paul Morais said that fears that online gaming, casinos and bingo halls would be used for money laundering and tax evasion once legalised were largely unfounded. Gaming in its present form is unregulated and as such operate illegally, he said, and once legalised gaming transactions would automatically come under the close scrutiny of the government. President of the Commission, Deputy Elmar Nacimiento, also defended gaming regulation and argued that stiff penalties would be in place for any gaming related offences similar to those already in place for money laundering.

However a number of opponents holding banners were present during the new debate including ex Deputy Luiz Bassuma. “The game will not generate wealth, just generate money, and, moreover, it is detrimental to the family unit, as it promotes addiction,” he said.

The government estimates that the new law could generate raise R$20bn in the first year. The text of the new version of the bill would allow for 35 casinos, with at least one per state while some states would be permitted to have as many as three, depending on the population and the economic outlook in each state. Bingos would be permitted in municipalities with more than 150,000 inhabitants.