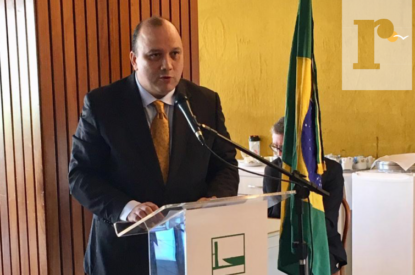 Members of Brazil’s hotel sector and other professionals belonging to the tourism industry have expressed their concern over the legislative proposal that would allow for the building of large scale integrated casino resorts, according to statements made at the meeting of the Joint Parliamentary Front in Defence of Tourism (FRENTUR).

One of the topics up for discussion was the legalisation of casino games and casinos. Alberto Cestrone, President of the Brazilian Association of Resorts, said. “For the first time, the Hotel Associations meet with the Frentur – Joint Parliamentary Front in Defense of Tourism – to organize a breakfast with the deputies in order to expose the importance of the segment to the Brazilian economy. We are very pleased with this achievement. While we understand that casinos are important for the generation of employment and taxes we ask the parliament to consider existing resorts as an ideal space for the installation of casinos. Resorts are a natural product to absorb such a venture. It does not need big investments and still has good gastronomy and structure already ready to make it work.”

President of FRENTUR, Herculano Passos, however, defended the legalisation of the sector in large scale resorts. Speaking to Diario Do Porto earlier this month Passos said that the new bill is close to being approved and would open up the market to foreign investment. The lawmaker said that he expected the bill to be put before the plenary in the lower house after the approval of a pension reform bill meaning it could be up for debate in the second half of this year. Passos went onto say that he was behind casinos in integrated resorts “where the casinos are only a small part (less than five per cent) of an integral complex that brings hotels, shopping centres, concert halls and convention center. It is a model with great potential for generating jobs, income and tax collection.”

The original proposal of the bills that are now being processed in the National Congress was that the casinos would be set up in already existing resorts while bingo halls would be located in urban areas.

However new plans being considered which would legalise casinos as part of new integrated resorts, was incorporated into a much larger gambling bill. Earlier this month Deputy Paulo Azi put forward PL 530/2019 which outlines a system whereby integrated resort casinos would be permitted and would be aimed primarily at promoting tourism.

The new bill could either have been considered on its own merits, or be incorporated into gambling bill PL 442/91 which passed the special committee stage in 2016. The General Committee of the House of Deputies decided to attach Deputy Azi’s proposal to PL 442/91.

Currently, PL 442/91 is the most comprehensive gambling bill under consideration. If it is approved, the final text of PL 442/91 will replace the texts of all other gambling legislation which have been put before the house over several years.