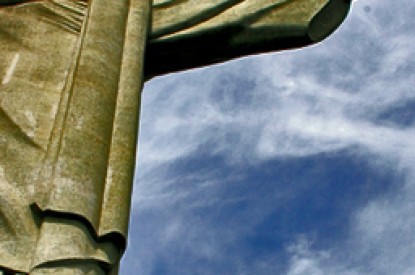 Brazil’s new gaming act has been approved by a committee in the lower house.

The bill proposes the legalisation of casinos, bingo halls, slot parlours, online gambling and the popular “Jogo do Bicho” or “Animal Game.” The text defines the types of gaming that can be played in Brazil, the criteria for how licences are to be granted and the rules for the distribution of prizes as well as how gaming is to be taxed in the future. Now that the bill has passed through the committee stage it will need to go before the full house for approval.

“The Regulatory Framework of Gaming” in its new form provides that casinos can only be established in integrated hotel establishments such as large scale resorts. Depending on the population, the hotels where the casinos operate will have to offer a minimum number of rooms, ranging from 100 (to states with less than 5 million inhabitants) to thousands (in states with more than 25 million).
States with more than 25 million people may have at most three casinos. States that have a population of between 15 million and 25 million may have two casinos and those states which have a population of less than 15 million may have only one casino. Licences will be valid for 30 years and will be made through a public tender process.

Bingo halls will come under the supervision of the municipal governments. The bill authorises the operation of standalone bingo halls, and also as part of horseracing tracks and as part of football stadiums with a capacity of more than 15 thousand seats. However the bill does not set a maximum number of bingo halls in cities. Instead it rules only that they may not be less than 1 km from each other – and not less than 5km from casinos.

“The Regulatory Framework of Gaming” also allows for video bingo and slot machines. However stand alone slot parlours will not be permitted and slot machines will only be allowed in casinos.
The new law also puts in place an amnesty for all those currently accused of carrying out illegal gambling. In its place stiff penalties including jail terms of four to eight years and fines will be imposed on those found to be breaking new rules.

Supervision of gambling establishments will come under the Federal Government, in cooperation with states and municipalities through an inspection agency, to be created after the adoption of the law. The draft also allows states to launch their own lotteries (something which has been forbidden since 1967).

Gaming legislation is being debated in committee stage both in the Senate and the Lower House. Legislation differs slightly in the Senate in its current form. According to the text of the new bill in the Senate, gambling licences will only be issued by the Central government apart from the “Animal Game” which will be the responsibility of the states and the Federal District. There will be bidding processes for all casinos and licences will be valid for twenty years and may be renewed for an equal period. Casinos will also be required to be part of larger tourist complexes. The new bill rules, however, that casinos will be explored, preferably, in the North, Northeast and Midwest regions, in order to promote economic development and reduce regional inequality.