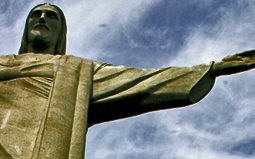 A debate has begun on Brazil’s new gaming act with deputies in the lower house arguing fiercely both for and against the new bill.

Deputy and long standing opponent of gambling Luiz Carlos Hauly said that the legalisation of gambling may aggravate the economic crisis, and cause social, ethical and moral upheaval in Brazil.

He also described the new bill now under discussion as “nefarious.” Speaking during the latest debate on gaming, which took place in plenary sittings in Brazil’s Chamber of Deputies on Tuesday, Deputy Hauly said that any legislation which would allow for gaming in Brazil would require a strong infrastructure in place in order to ensure that new rules were enforced – something which is currently lacking in Brazil. As a result legalisation would not increase the tax collection by the state.

The lawmaker’s opposition comes as no surprise as Hauly has been an outspoken critic of gaming for many years. In February 2011, he announced the creation of Bill 57, which would have prohibited “the placing of bets on sporting event in nature via the internet” along similar lines to restrictions similar to that as enacted in the Unites States under the Unites States Unlawful Gambling Internet Enforcement Act of 1996. While the new gaming bill seems to have reached a high level of consensus, earlier this year Hauly said he would be voting against it arguing that “compulsive gambling is as harmful to humans as drugs and alcohol.”

Deputy Hauly’s rejection of the bill was also supported by Deputy Gilberto Nascimento who said he was against all gaming even gaming promoted by the Caixa Econômica Federal and that the country should attempt to attract other types of investment other than gaming. Deputy Roberto de Lucena also said that he opposes the new bill and that the majority of the population was also against the legalisation of gambling in Brazil.

However Deputy Joao Carlos Bacelar Batista came out in defence of the new act and said that it was high time that the government approved new gaming legislation as the issue has been pending for 25 years.

“This is not the time to say that we will not discuss it or that we need to discuss it further. That has passed. We need to decide now. There has been a monumental delay in making a decision on this.”

Bacelar also said that approval would provide a vital boost to the country’s economy. “Gaming is necessary for Brazil, it will generate wealth. The decision cannot be based on anyone’s moral convictions. No group has the right to impose its values on the other group,” he said.

Deputy Herculano Passos Chairman of the Tourism Committee in Brazil’s Chamber of Deputies also defended the new bill saying that gaming was already widespread in Brazil especially via bingo halls.
In August, a special commission approved Deputy Guilherme Mussi’s substitute gaming bill. The text defines the types of gaming that can be played in Brazil, the criteria for how licences are to be granted and the rules for the distribution of prizes as well as how gaming is to be taxed in the future. Now that the bill has passed through the committee stage it needs to go before the full house for approval. The final draft marks the culmination of over ten months work. In all five different versions of the new law were drafted before the committee finally approved the final draft and sent it for debate in a plenary session.

Crucially, the draft of the new law contains a number of measures designed to combat one of the most contentious issues of the bill as it was discussed in the committee stage namely money laundering and corruption. As a result all gambling operations will by law be connected online and in real time to a government controlled server. In addition in order to ensure compliance all equipment will need to be certified by an internationally recognised gaming testing laboratory. The latest draft of the new act also states that casinos can only be established in integrated hotel establishments such as large scale resorts.