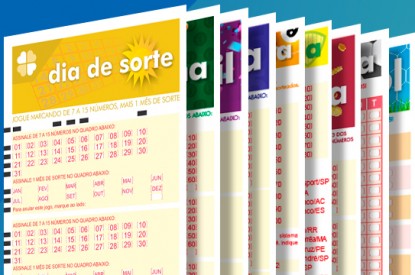 The newly launched expanded online arm of the Caixa lotteries has shown better than expected results for its first month.

According to National Manager of the Caixa Lotteries, Rodrigo Hideki Hori, during the first month the total average purchase stood at R$600 thousand per day and the average ticket spend stood at R$50 which accounts for 1.41 per cent of all lottery revenues in the period – R$18m.

Caixa also revealed additional data when it came to online player profiles. Men still bet the most on lotteries but as expected online sales have seen a higher percentage of female players when it came to a comparison between land bases and online gaming modes. “While via physical channels they (women) make up 15.5 per cent of the entire lottery purchase, online 26 per cent of the purchases were made by women”, explained Hideki Hori.

The manager added that the online sales portal had reflected the player profile, which Caixa had been targeting as it had developed the new site. “The youngest participant, between 18 and 44 years old, represented more than 50 per cent of all the bets made online,” he said. Percentages in the 25 to 34 year and 35 to 44 age groups were the largest, each accounting for 28 per cent. In land based lottery agencies, that same audience represented a percentage of 12.6 per cent and 19.9 per cent respectively, according to a Caixa survey.

The most popular lottery online games were the Mega-Sena, with R$ 6.6m in online sales, and Lotofácil, which raised R$4.9m. According to Hideki Hori, the new portal is also attracting new players to new games. “We are finding out that that bettors who choose certain products and did not go to lottery outlets are betting online.” This is the case of Loteca. In lottery outlets, this makes up less than 1 per cent of sales, while online it accounted for more than 3 per cent. Lottery outlets are also befitting as they now receive 3.11 per cent of online sales.

The launch was initially scheduled for mid 2017 but was delayed due to negotiations with Febralot (The Brazilian Federation of Lottery Companies). CAIXA expects to increase lottery revenue by making games more accessible for those who do not usually go to lottery outlets, such as those aged between 18 and 30 years old – and those who are used to making purchases online and internet banking. The new online portal, it is hoped, will continue to attract more women players, who currently only make up only 15 per cent of physical lottery sales. In October, CAIXA will also launch an app to facilitate the purchase of online tickets.

The portal (www.loteriasonline.caixa.gov.br) allows for players to take part in the Mega-Sena, Lotofácil, Quina, Lotomania, Timemania, Dupla Sena, Loteca and Lotogol all through the specially designed website. Until now, only current account holders with Caixa accounts could bet on the Internet and only on Mega-Sena.