Brazil: the right tax structure could create a land of opportunity 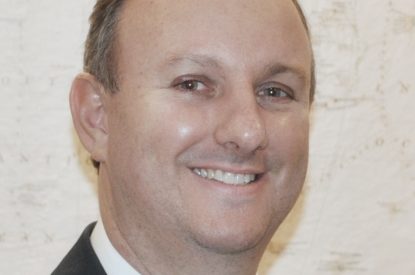 Neil Montgomery, Founding and Managing Partner of Montgomery & Associados, has advised foreign clients on all aspects of Brazilian law and has accompanied and contributed to the development of the legalisation and regulation of gaming in Brazil.

Neil looks ahead to the regulations for Law No. 13,756/2018 being issued and to the support his team can provide to foreign sports books seeking to establish their presence in Brazil and obtain a licence to take part in the local market.

What effect has Covid had on delaying gambling laws in Brazil?

COVID-19 has delayed the regulatory process and has shown how Brazil desperately needs to legalise and regulate all forms of games of chance.

This also implies rolling out a tax structure (based on GGR and not turnover) that is sufficiently attractive to have as many operators as possible look at Brazil as a land of opportunity, which has the potential of being within the three largest markets in the world. There are rumours that GGR-based tax legislation be rolled out sooner than later.

Bolsonaro hardly ever talks about gambling, but do you think that the government will be forced to allow for an expansion of the market in order to generate tax revenue? Or do you think that his evangelical base will make any kind of expansion impossible?

Nowadays, the evangelical base has conducted fierce opposition against legalisation. Notwithstanding, since the legalisation of sports betting at the end of 2018, momentum has been gained over the years and it now seems that the legalisation of other gaming verticals is more a question of time rather than anything else, especially in times where the federal and state governments are desperately looking for new sources of tax revenue.

Beyond the instant lottery division, Lotex, the government is looking to sell off the fixed-odds betting arm of the lottery of CAIXA. Could you tell us about that? Do you think it will be more successful than the selling off of Lotex, which underwent several delays and has failed so far?

As far as the number of fixed odds sports betting licences being made available by the federal government are concerned, initial rumours signalled potentially 30 licences, but such number gradually increased, and speculation had it that the number could be between 50 and 100. However, such a number is still insufficient considering that studies have ascertained that currently about 450 to 500 online foreign sports books access the Brazilian market.

This is why I have always been favourable and advised SECAP, in the contributions submitted by my firm to the public consultation rounds promoted by such a body, that the most appropriate business model for Brazil should be that of authorisation (particularly for online licences), where the government is required to grant a licence if the pre- determined legal and financial requirements are satisfied by each operator seeking a licence.

While such a model appeared in the first draft decree made available by SECAP, it was later replaced by the concession model in the latest draft.

I am still hopeful that the federal government may revert to the authorisation model, especially since the recent RFI No. 06/2021 released by the Brazilian National Social and Economic Development Bank (BNDES), which is to spearhead the process of appraising the market for fixed odds sports betting, specifically refers to both business models and will be responsible, with the financial, consulting and legal advisors it is to hire, to determine which will suit Brazil best.

With Requests for Proposals (RFPs) not yet having been sent by the BNDES to the 38 applicants that have been selected to continue in this bidding process, it is now probable, given such delay, that the former promise made by SECAP in that regulations would be passed by July 2021, is not going to be honoured.

Further to the above-mentioned scenario, it is important to note that following the Brazilian Supreme Court (STF) decision at the end of 2020 breaking the Federal Union’s monopoly over the exploitation of lotteries, many Brazilian states (including Maranhão, Espírito Santo, Rio de Janeiro, Minas Gerais, Paraíba, Ceará and Rio Grande do Sul) as well as the Federal District, are either reactivating their own state legislations or moving forward to enact their own legislation to be in a position to exploit state lotteries (which must follow the types of lottery also existing at a federal level).

SECAP is well aware of this and will probably try to concentrate licenses being granted to online operators only at the federal level. We will have to wait and see how this develops in the months to come.

Another event which could have certainly messed things up further this semester was going to be the judgment session, by the STF, on 7th April 2021, of the claim arising in the State of Rio Grande do Sul.

If indeed the judgment moves forward and Justices rule in favour of the State of Rio Grande do Sul, this could be the turning point in the legalisation of all forms of games of chance in Brazil that all foreign operators have been waiting for decades.

There is currently speculation as to whether the Brazilian Congress will move quicker than the STF and approve the Bills of Law currently underway at such power which aim to legalise all forms of gaming and betting in Brazil prior to the judgment session, which has now been postponed to the second semester because the STF President – Luiz Fux – did not want to rule on such a sensitive issue in the midst of the worst phase of the Covid-19 pandemic in Brazil.

What is the significance of the Supreme Court decision to allow states to offer their own lotteries? Do you think that individual states will just start launching sports betting via private operators in their own states?

The STF decision allowing states to offer their own lotteries is a breakthrough for the sports betting and lottery industries. I was the first Brazilian lawyer to raise the possibility of states offering their own sports betting products.

This is because the STF decision clearly states that states can offer all forms of lottery that exist at federal level. Since sports betting now exists at federal level, even though it has still not been regulated, in principle, states could either exploit such a product or grant licenses to private operators to do so within their own territories. This will certainly create friction with SECAP, especially in respect of online fixed odds sports betting.

When and under what terms do you think sports betting will be given the green light?

Brazil is the largest country not yet fully having legalised gaming broadly. The hypocritical approach adopted by authorities has taken its toll in the loss of taxes and jobs that could already have been generated by a regulated industry, especially in times of the Covid-19 pandemic, during which period such needed resources would be vital for financing the fight against the virus. This is a problem for the country.

The only way forward should be the widespread legalisation and regulation of games of chance of all sorts. This is why I have always defended, when it comes to fixed odds sports betting, for example, for the government to adopt the “authorisation” business model rather than the “concession” model.

We will have to see what comes out of the BNDES studies aiming to establish the legal framework for fixed odds sports betting in Brazil, but I sincerely hope that the federal government will see that the “authorisation” model, in which all operators satisfying certain legal and financial requirements are granted a licence (without any limitation on the number of licenses being granted), is to be much more beneficial to Brazil and to the market than the “concession” model that is more recently being supported by the Brazilian Executive.

What are your expectations of the market overall? Do you think that Brazil could one day allow for casinos and online casino games?

I believe that if indeed the BNDES studies and conducted in a swift manner and the regulations are finally laid down for fixed odds sports betting in the next few months, we should see the first licenses being made available as early as the first half of 2022.

Unless the Bills of Law underway at Congress that aim to legalise all forms of land based and online games of chance are approved and converted into law this year of the STF indeed rules on the constitutionality of article 50 of the Criminal Contraventions Law in the second semester, the next vertical the federal government seems to have an eye on is casinos, especially in the context of integrated casino resorts, to develop tourism throughout Brazil.

That being said, I do believe that in the next five years we may indeed see the installation of traditional land based casinos again in Brazil as well as online casino games.

Neil Montgomery is the Founding and Managing Partner of Brazilian law firm Montgomery & Associados, at which he heads, amongst other practice areas, the law firm’s Minds Sports, Draws, Gaming, Betting and Lottery Practice Group.

The firm, which pioneers the innovative business model of Lean Full Service – LFS, is headquartered in São Paulo and has a presence in Rio de Janeiro and London.

It is the only Brazilian full service law firm with a dedicated team specialising in gaming and betting. He is a dual national (Brazilian / British). He is a General Member for Brazil at the IMGL – International Masters of Gaming Law, a published author and a regular speaker at international gaming and betting events (including ICE).

He has worked as a lawyer in London and São Paulo and specialises on advising multinational companies in investing and doing business in Brazil and Brazilian companies expanding their businesses overseas.