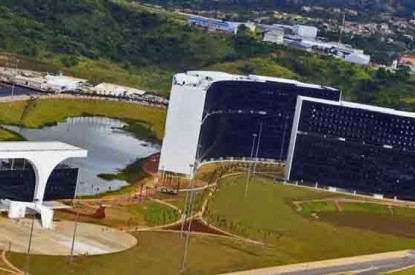 At least three groups of investors have shown an interest in the construction of a resort-casino which would be located in the Administrative City complex, headquarters of the Minas Gerais government.

According to Marco Antônio Castello Branco, President of the the Company of Economic Development of Minas Gerais (Codemig) two Spanish groups and one group from the United States, all of which are already involved in the casino industry, have approached the company in order to seek out further information on whether it would be possible.

Marco Antônio Castello Branco said: “The investors came looking to find out about the business conditions, but since Codemig no longer owns the structure, I advised them to talk directly to the Minas government.”

According to Castello Branco, the intention of the state would be not to sell the structure, but rather to grant a concession for the building’s use. “From what I read, the procedure will be done through bidding, thus ensuring all transparency,” he said.

According to Castello Branco the state government is looking at how it can use the complex as gaming laws, as they are currently being developed, are linked to the building of large scale resorts and hotels.

Designed by internationally renowned architect Oscar Niemeyer and intended to house 16,000 civil servants the whole complex was built on a plot of 800,000 square metres. It is also near the Tancredo Neves International Airport. The centre consists of four large building. Two buildings accommodate 17 of the state ministries; the third building consists of an auditorium, with a capacity for 540 guests. The fourth building the “Palacio do Governo”, is the world’s largest suspended structure, built in reinforced concrete.

According to Castello Branco the state government is awaiting news on how gaming laws will develop. Legislation is currently under debate in both houses. The text of the latest draft in the House of Deputies defines the types of gaming that can be played in Brazil, the criteria for how licences are to be granted and the rules for the distribution of prizes as well as how gaming is to be taxed in the future. A separate gaming law has also been drafted in the Senate and was scheduled for debate in December. However, Senators rejected the new law PLS 186/2014 which proposes the legalisation of casinos, bingo halls, slot parlours and the popular “Jogo do Bicho” or “Animal Game” voting that it be returned for further analysis to the House Committee on Constitution, Justice and Citizenship (CCJ).
Located in the north of Southeastern Brazil the state of Minas Gerais ranks as the second most populous, the third by gross domestic products (GDP), and the fourth largest by area in the country. The state’s capital and largest city, Belo Horizonte, is a major urban and finance centre in Latin America, and is the sixth largest municipality in Brazil.