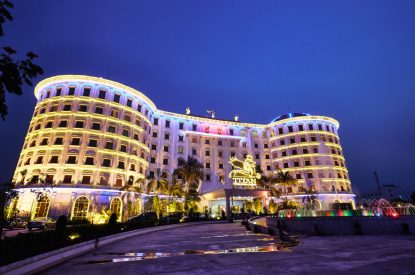 Cambodia may follow neighbouring Vietnam in allowing locals to gamble at its casinos.

Ros Phirun, Spokesman for Cambodia’s Ministry of Economy and Finance’s gaming and casino department, confirmed that the government is investigating the potential impact of the move.

“We have thought about Vietnam legalising it,” he explained. “Gambling nowadays is a worldwide industry, not just in one country or two. It is an international industry. So now we too have to internationalise the gambling industry. But in order to do that, we have to get the laws in Cambodia finished.”

A new draft of Cambodia’s gambling legislation is being pieced together with the aim of presenting it by the end of 2014. It is expected to allow the Ministry of Economy and Finance more power to investigate and regulate but it is the potential change in Vietnam that is forcing this latest move.

Mr. Phirun added: “Vietnam changing its laws will impact Cambodia for sure. As you can see since Singapore and other regional countries have done the same.”

The Titan King Casino in Bavet is owned by Royal Group. It has revealed that between 500 to 1,000 Vietnamese gamblers play there every day. A spokesperson said that losing these players wouild spell ‘big trouble’ for the casino.