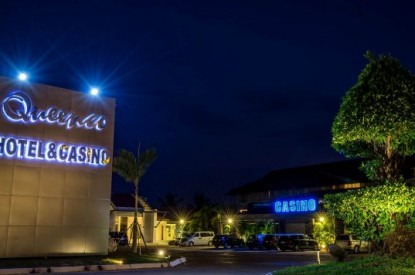 The number of casinos in Cambodia has more than doubled over the last year with 150 casinos now open, marking an increase from 98 in 2017.

Cambodia’s Ministry of Economy and Finance approved 52 new casinos over the last year, an increase of 53 per cent, despite a law banning Cambodians from entering casinos.

Ros Phirun, Deputy Director General of the ministry’s General Department of Financial Industry, Cambodia’s casino regulator, revealed that the coastal province of Sihanoukville alone has 88 casinos with an influx of Chinese investment in casinos, hotels and land.

Sihanoukville’s casino sector is overtaking its rival casino markets of Poipet and Bavet, who target customers from across the border from Thailand and Vietnam.

With this growth, the government is planning to revamp gaming laws to give it a bigger slice of taxation with a draft gaming law is currently being prepared.

“When it is finalised and ready to be activated, we hope revenue from the sector will be bigger,” he said. “Cambodians are benefiting from the business directly as they can supply food, vegetables, meat and fish to meet the increasing demand from gamblers and investors. People will also indirectly benefit from the growing casino business through economic development resulting from increased government tax revenue.”

One project that won’t be going ahead though is one proposed by Malaysia-based company MQ Technology. It was planning to build hotels, a casino and a theme park called Jurassic Theme Park for US$51.1m in Bonteay Chakkrei, close to Cambodia’s border with Vietnam.

The company stated: “The board of directors of MQ Technology Bhd wishes to announce that the memorandum of agreement, which was previously extended to 2 January 2019 is deemed to have lapsed and the parties have not been able to move the venture forward.”