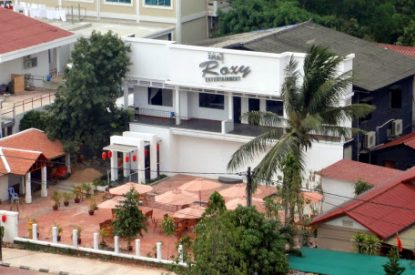 The Roxy Casino, located in Bavet City, Syay Rieng Province in Cambodia, has re-opened following a significant refurbishment and renovation from its new owners Cell Aquaculture.

The property is currently part of a reverse-listing process that will see it listed on the Australian stock exchange via a shell company, Cell Aquaculture Ltd.
Located 160 kilometres from Phnom Penh and 87 kilometres from Ho Chi Minh City in Vietnam, the casino has a licence for 25 gaming tables and up to 15 electronic tables as well as slots and sports betting. The company bought Roxy Casino and the Haikou Free Trade Zone project from vendors Noble Rate Limited, Tang Dashun and Beijing Properties for 533.3m shares worth $83m.The number of staff is anticipated to reach its optimal level of approximately 316 staff whilst the Roxy Casino is in operation.

Company Secretary Deborah Ho said: “Vietnamese locals are the most important market for the Roxy Casino due to its proximity to Ho Chi Minh City, which is the largest city in Vietnam. More specifically, Bavet is 87km from Ho Chi Minh City and 160km from Phnom Penh, the capital city of Cambodia. Marketing programs and promotions will be created to tap into this primary market, including attracting junkets from Vietnam. The Roxy Casino is also in close proximity to two international airports which puts it in a strong position to attract Asian clientele.”