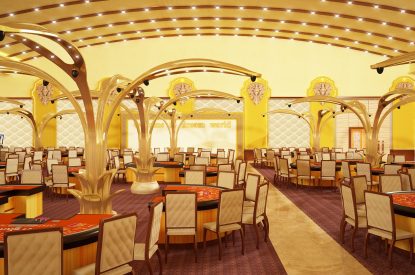 Entertainment Gaming Asia is to sell its Dreamworld Casino in Pailin, Cambodia, to a local Cambodian company.

It will also terminate all previous agreements with its partner in the operations, who is a relative of the Purchaser. Dreamworld Pailin, a regional casino, opened in May 2012 and was constructed on land owned by the Partner in the Pailin Province of Northwestern Cambodia next to the Thailand border.
While operating losses for Dreamworld Pailin have narrowed in recent months, due to an inability to secure a long-term third-party table game operator, a low level of natural player traffic and the political unrest in Thailand, Entertainment Gaming Asia has been exploring strategic alternatives for the property. After careful evaluation of all options, on June 20, 2014 the Company entered into an agreement to sell 100 per cent of the issued shares of DWP to the Purchaser.

The sale includes all assets of DWP with the exception of all electronic gaming machines, certain surveillance equipment and other assets excluded in the agreement and prohibits any use of the Dreamworld brand name by the Purchaser. Total consideration paid to the Company by the Purchaser will be $500,000, of which $100,000 was paid at the time of entering the agreement and the balance is to be paid in 16 $25,000 monthly instalments commencing within one month of the signed agreement. The parties expect to complete the sale transaction subject to the purchaser’s receipt of certain government approvals, which is expected within the next few months.

In connection with the sale of the issued capital shares of DWP, on June 20, 2014 the company and the partner entered into an agreement to terminate the previous agreements with the Partner and all future obligations there under including future lease payments owed by the company. As previously reported, the Company recorded an impairment charge of approximately $2.5m as of December 31, 2013 related to Dreamworld Pailin. The impairment charge represented the entire capital expenditure incurred for the property as of December 31, 2013 with the exception of those assets that the Company believes could be redeployed to other existing properties.